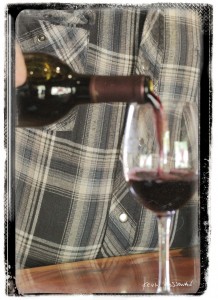 Four years ago, which feels like forever ago, I did a fairly comprehensive survey of the South Okanagan winery scene. I tasted loads of wines, took loads of tasting notes, and score loads of wines. From that came a top few that I felt were at the top of the region’s game. Bill’s was one of them. He’s since had a bin in my cellar with his name on it with a small collection of bottles awaiting their fate.

Given the concept of the 1867 project is to survey the broader Canadian regional food scene, it was a no-brainer to knock on bill’s  inbox when exploring some of the cool stuff the Okanagan has to offer. I confess that it feels odd that an increasingly fantastic wine scene is something Western-Canadian, but alas, it is a fact. And I’ll perch myself high upon a limb and claim that I far prefer the Okanagan valley’s wine-region-visit offerings to those of Sonoma and Napa –  had a chance to check them out only a few weeks after shooting this episode. The Okanagan is epicly beautiful [Jancis Robinson agrees], the wines aren’t as fat and over the top with alcohol and opulence, quality’s on its way up, as is the food scene. It’s a gem. A one-day’s-drive from my doorstep gem.