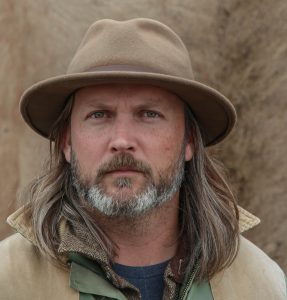 Since 2005, this site has diarized my life in the world of food. I now write, produce and direct food and ag related film about growing, gleaning, hunting, foraging, fishing, preserving, connecting with local farmers – that kind of thing.

Along this path I started a production company called Story Chaser Productions that now chases stories around the globe. We’ve done work for folks like Cook It Raw, Alberta Culinary Tourism, Alberta Agriculture and Rural Development, University of Alberta, Canadian Cattlemen’s Association, Alberta Pulse Growers, Slow Food in Canada, the International Bar Association, and a wide variety of other organizations. Story Chaser is in season 2 of production of our epic hunting/fishing/foraging/wild food cookery series called ‘From The Wild‘. We also recently released the sequel to a documentary we produced in Japan called ‘Springhammer‘, which won the ‘People’s Choice Award’ at the 2014 Edmonton International Film Fest.

Past projects include a few years of contribution to the Alberta Conservation Association‘s ‘Conservation Magazine’ and ‘Discover Guide’ writing about wild food, board service for the City of Edmonton Food Council,  Alberta Farmers’ Market Association and Operation Fruit Rescue Edmonton, contributions to the FarmOn Farm Masters program, and facilitating farm and foraging experiences for NAIT’s culinary program.

Feel free to email me kevin@kevinkossowan.com, chat me up on Twitter, or keep tabs on what I’m up to on instagram @kevinkossowan.

14 Comments on “About Kevin”