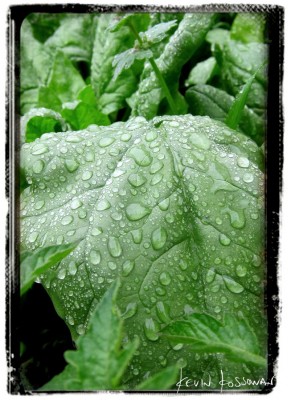 I’ve grown spinach every year since 2003. For years I’ve seen seed catalog photos of large spinach plants, thinking they must be liars. My spinach was always small, would produce a few leaves, and it would proceed to bolt if the sun looked at it wrong. We’d get a nice crop of baby spinach, but that’s really about it.

Apparently 2011 is an epic vintage for spinach though, because I am experiencing mutant spinach like I’ve never seen before. The big leaves are larger than my open hand. Each plant is yielding a salad, not a bite. I under-seeded my tomatoes with it, and I have to get in there and harvest the spinach as it’s over-taking my tomatoes. What the heck.

So the race is on. I’m fairly confident that once this deluge of rain stops and the sun shows its face again, my spinach will bolt madly and be finished in a flurry. So I have a few days yet to harvest and gorge on [and share] spinach. Like any other fruit and vegetable, when at its peak of health and freshness in a great year, it’s remarkable. It’s actually a good example of why I started gardening – I can’t buy this quality, and especially the freshness of picking leaves in the garden dripping with rain water and stuffing them in one’s face. The large leaves require two attempts at stuffing into the face – yes I know because I’ve tried. One bite doesn’t do the job. That’s crazy spinach. 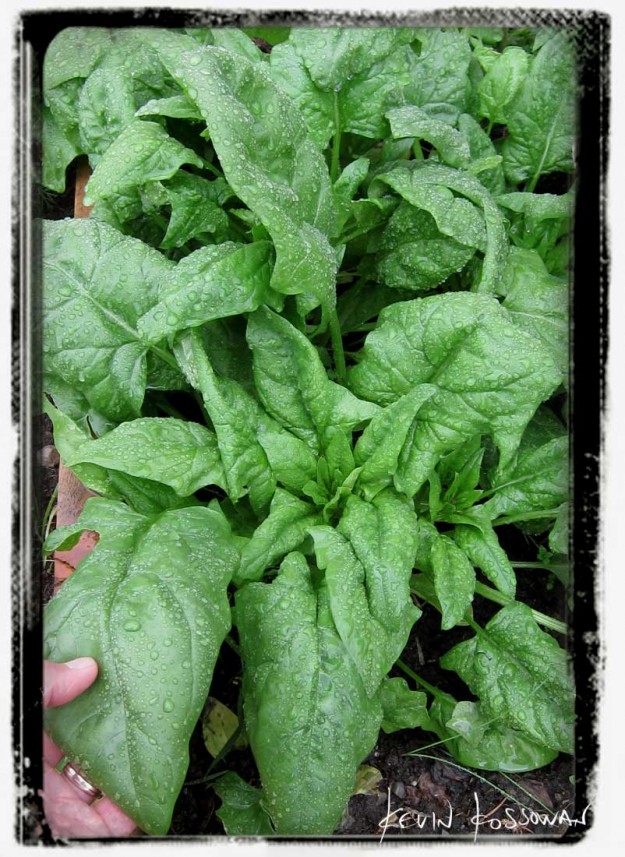