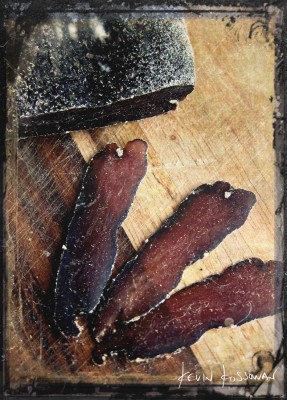 It feels odd posting about items like this as it implies I’m some experienced pro at this, and I totally am not. But here it is, in all its glory:  my first successful crack at dry cured calf moose. I’m going to call it ‘Brési‘ after the french dry cured beef – the name derived from its appearance resembling brazilwood [Brazil in french = Brésil]. I was recently asked what the most complicated/difficult preparation I’ve done would be – and this would be up there. I put in my draw for a tag in June, hunted and butchered it in November, and dry cured it until Christmas. That’s a half-year process.

But making it is not rocket science. It’s essentially a smoked bresaola, for which recipes abound – I used Charcuterie’s as a starting point. The only key in my mind was appropriate use of Instacure #2 which is based on weight, and therefore quite straightforward. The big test was simply whether or not it would have a good time hanging out in my cellar or not. My first attempt at this last year  failed in a nasty-mold mess. This year, with the right cure and conditions in the cellar, it’s easier than pie – proving yet again that far more than half the battle in dry curing is creating the right space to do it. I used calf moose inside round, and I’m wagering that any cut of calf moose done in this preparation would be lovely – next time eye of round due to its fortuitous tubular shape.

The cellar has indeed been an adventure this year, and I’m enormously grateful.  I intend on posting more soon on how and why to build a space similar to what I have as it’s not hard or onerously expensive, and is proving to be an invaluable resource. 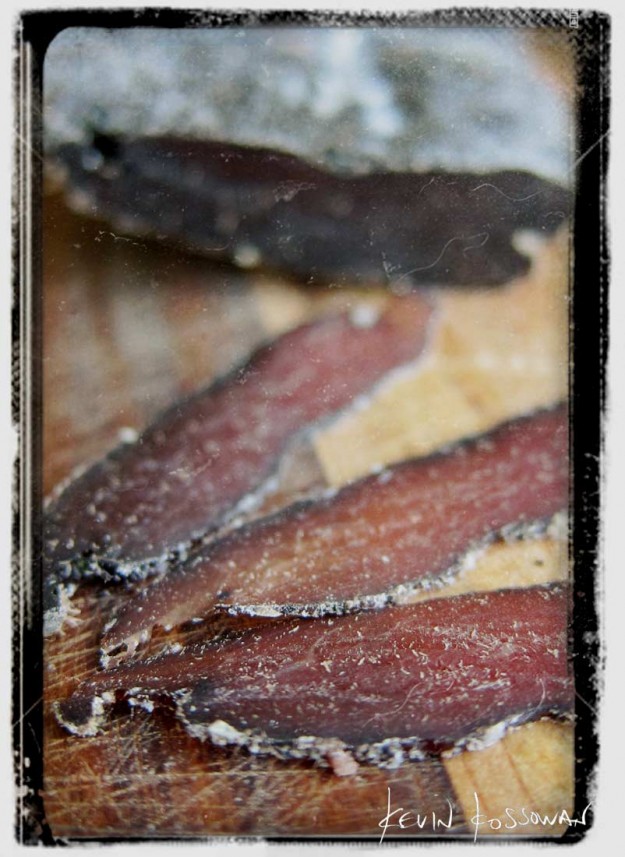