One of my goals this year was to start to get my feet wet at making cheese. I failed. I have not made cheese.

But what has happened is a very happy thing: I’ve become good friends with cheesemaker  Holly Gale and have had the opportunity to help their farm in a variety of ways – in exchange for cheese. All of these cheeses were made by Holly, and are being aged by me [with Holly’s consultation] in my cellar. I’m learning that aging cheese can be a dynamic affair, and here are some photos from my first washing [done between sausage-making projects on Sunday… it was a busy Sunday], and follow-ups a couple days later. 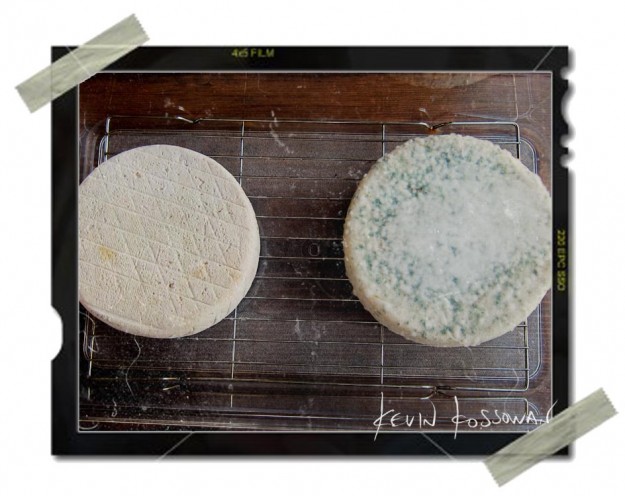 Goat Tomme on the left after a couple weeks in my cellar, after 3-4 months of age from Holly’s aging room. Since it arrived in my cellar it developed a white coat, underlain by browny orange, and soft orangy blotches atop it all. Young goat tomme on the right – I received this one at 2 days old, and all that fuzz developed in my cellar. Note the wire racking, atop water. They were rusting, so Holly hooked me up with the cheese matting you see in the other pictures. 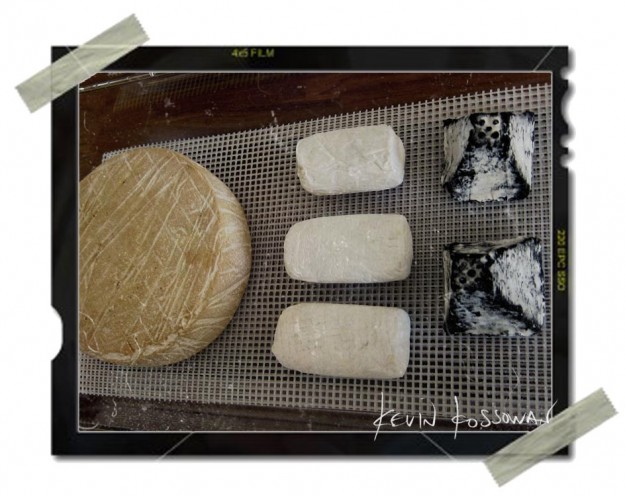 The aged tomme post-wash [wiped with new cloth & 2% salt brine]. Check out that color!!! The cheese aging setup had such optimal conditions – currently 12C and 90+% humidity – that I decided to commit some of my soft cheeses to the same conditions to further mature them. 3 St. Maure in center, 2 Valencay on the right. Holly was having a hard time with dry conditions, so the bloomy rind hadn’t taken over atop the ash on the Valencay like it should. So these soft cheeses went from the wrapper in the fridge, to here.  You can see that the wire rack is gone, and I now have a paver about 1″ thick on the bottom, under the matting. It’s got salted water like a moat around the masonry. A lid goes atop this all, opened ajar to bring down humidity as required. 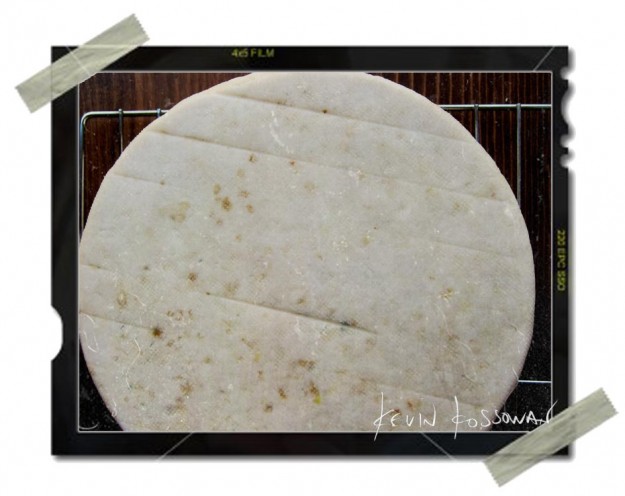 The young tomme post-wash. Holly says it’s looking good, so presumably all those blotchy molds are friendly, desirable molds. Whites, blues, browns, rust-colored, different shapes, patterns, patches – this cheese is pretty dynamic. I have to admit that it’s still counter-intuitive to be embracing, even encouraging mold formation on food – I certainly grew up in a different era/paradigm. But it is indeed exciting – feels a bit like playing with fire. Yummy smelling fire though. 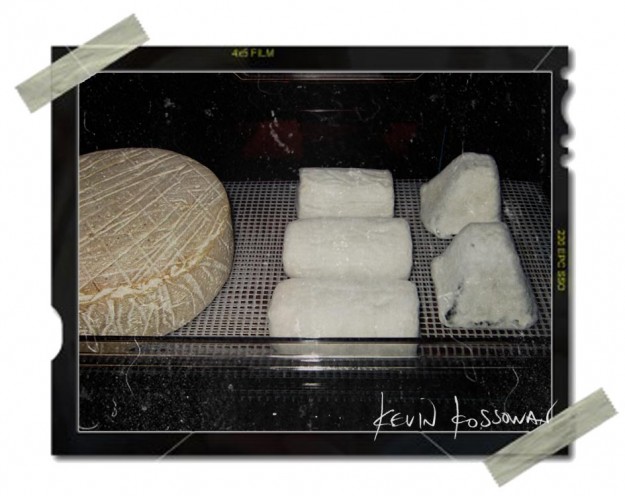 The aged tomme and soft cheeses – 2 days later. I washed Sunday morning, and this was Tuesday morning. I am shocked how quickly the white molds developed [check the Valencays 2 photos above – they’re mostly black 2 days earlier]. I had hoped they would get their white-mold on, but thought it would take more time than that. These soft cheeses are destined for some research on how maturity impacts flavor and texture, although I’m also on watch [on Holly’s advice] to watch that they don’t mature too quickly, or they get runny under the rind. 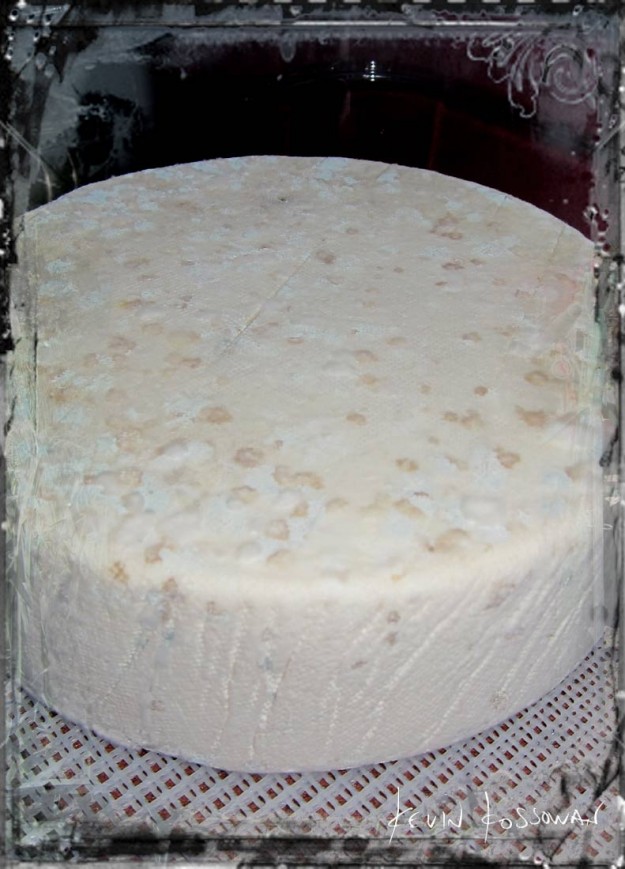 The young tomme, 2 days post-wash. Already getting quite the dynamic blotch pattern with some white skiff of mold. Looks friendlier than before. I suppose that it’s worth noting that the milk was inoculated with mold cultures prior to cheesemaking – so there is some predictability as to what molds may dominate, etc, but the specific color palette and nuance of flavor will be driven by the microflora and conditions in my cellar. Very exciting stuff.

Aging cheese, for me, right now, is worth the maintenance if for no other reason than smelling their glory when I go down there. It smells BEAUTIFUL. It will also be a dream-come-true to head down to the cellar to grab fresh, mature, dynamic, funky cheese rather than reaching for the fridge – which stunts the growth and is too cold and too dry for them to do their thing.

Still a cheese newbie – but workin’ on it.