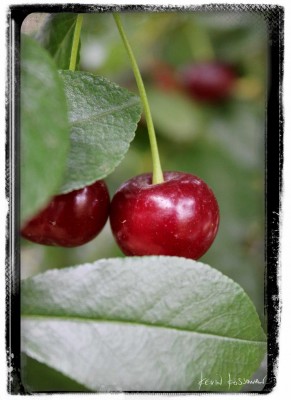 Cherries needed rescuing – about 300 lbs of them. So I made it happen.

For those of you that don’t know, Operation Fruit Rescue Edmonton [OFRE, pronounced ‘offer’] is an organization that aligns folks with a yard full of fruit they can’t use and/or don’t want to pick with volunteers that are willing to pick it and put it to good use. This year, the yield is split between a charitable organization, OFRE, the volunteers, and the fruit growers [who often don’t want their share, hence them signing up with OFRE]. It’s a very win-win-win-win situation, and I’m happy to be increasingly involved in the organization.

This year, I’m a ‘neighbourhood captain’, which essentially means I coordinate picks: get in touch with the ‘growers’ on OFRE’s list, see if they want their fruit picked, and if yes, coordinate volunteers to get it done. About a week ago, while signing up for locations, I noticed that there were about 10 locations with cherries that simply weren’t going to get done – OFRE is currently rich in growers and volunteers, but lacking captains to get the two connected. That’s not to say we don’t have great captains – it’s simply that 300-400 locations is a mammoth task to tackle no matter how you dice it. I hate seeing food go to waste. So I started sending emails. 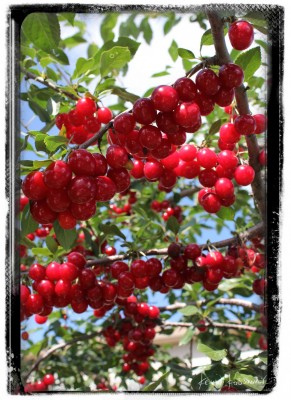 Saturday, with a crew of 3, we set out to 6 locations around the city, armed with many buckets and some enthusiasm. We started at 8am, and were done by 3pm, having rescued about 300 lbs of cherries, seen below. We got to meet some nice folks, spend a day doing some good for the community, and go home with more cherries than any one of us likely wanted to pit. So a big thank you to all involved for proving that some serious wholesome good can come from folks simply getting in touch and sharing.

What do you do with a bucket full of cherries? Cherry pies. Cherry turnovers. Dry them for use in baking, with your morning oatmeal, or as-is. Cherry syrup for juice or to mix with sparkling water. Soak some in a bottle of vodka. We bake them into loafs, muffins, etc. Oh, black forest cake – yum. Sour cherries, although imo nasty from the tree no matter how ripe [some folks dig it], are versatile candy when cooked.

OFRE’s going to have a busy fall and the busy apple season has just begun. Edmonton is an apple town, whether you think it is or not, and OFRE has a shiny new crusher and press. You may want to sign up. 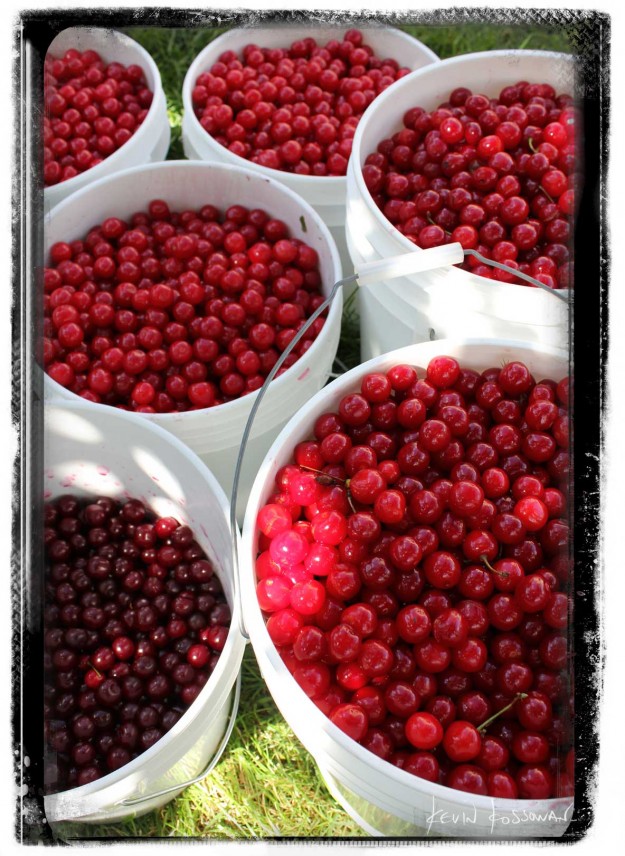 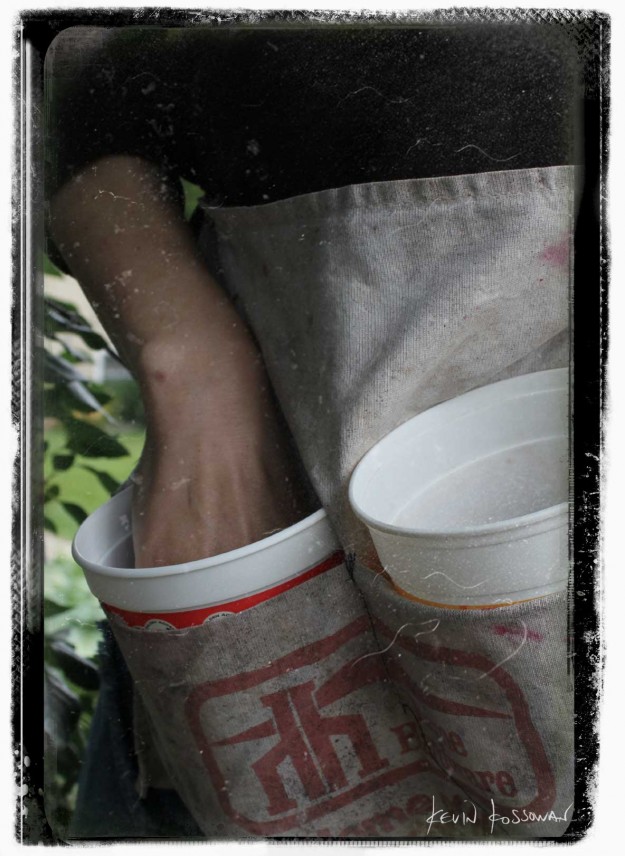