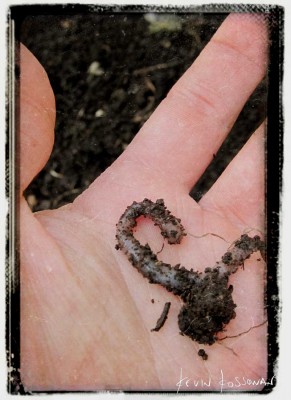 I’ve never been so happy to see an earth worm. For the past couple weeks, I’ve been wondering whether or not my cold frames were actually achieving anything. I had considered whether or not I was simply containing the latent cold in the frozen soil, and that they’d be better uncovered. Not so.

The photo below shows where the cold frame sat before I removed it to work the soil. Where it had sat, the soil was workable with a fork. There were earthworms all over, which highly entertained my two-year old daughter. Where it had not been, the ground is frozen solid, and can’t get a fork in at all. I could finally conclude that the cold frames had achieved a first measure of success. While my garden generally has 2-4′ of snow atop it still, I can already work with wriggly earth worms and seeds and actual soil.

This should get me off to an earlier start than normal. My indoor seedlings of greens and other cold-hardy veg should soon be getting a test-ride in the protection of the cold frames. I’m also going to seed some items [mache, spinach, claytonia, wild rocket, etc] in the coming days to see how they do. If we’re eating baby greens in mid-April as I suspect we may be, it will be a full month ahead of the May-long-weekend we’re accustomed to. And with root veg in the cellar still [and especially considering this has been a very late spring], this makes me a very, very happy guy. 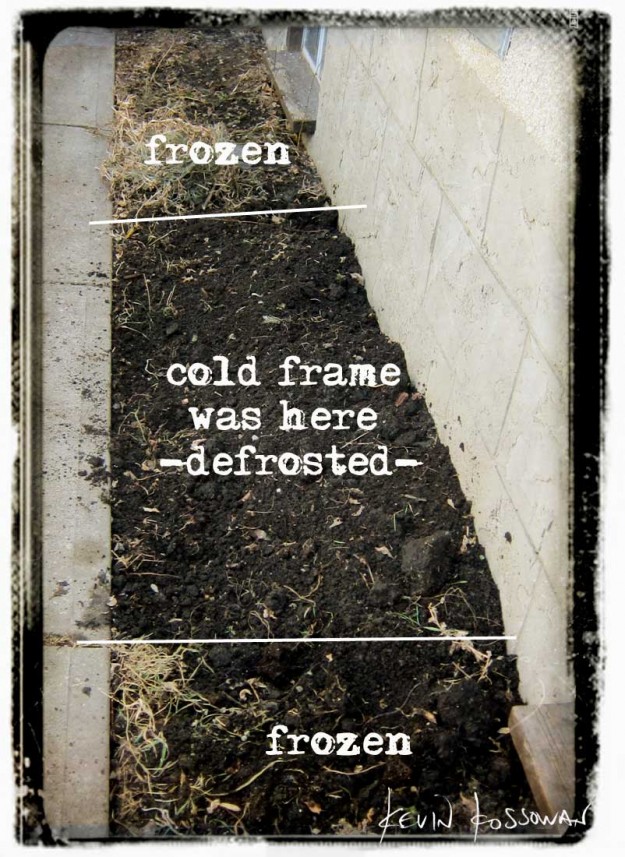