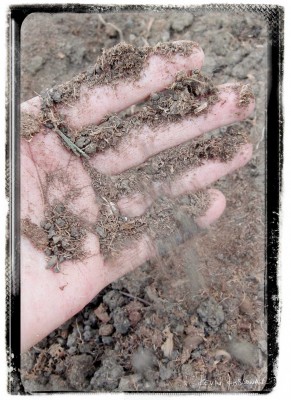 I saw the 9C coming in the forecast and marked it on my calendar for seeding, just in case the soil under my cold frame lids was workable at all. Even if frozen, I had the furrows prepped, and a bucket of soil stowed in my cellar – but lo and behold when I pulled the lids today to expose the soil to the warm temperatures, it was completely loose. At the beginning of November I was having a hard time digging out my leeks because they were so frozen into the element-exposed ground. I’m wishing I’d checked under the cold frames when it was -25C to see if it was frozen then. I’m sure I’ll get that opportunity again very soon.

So out came the seed stash, and I seeded: 2 rows forono beet, one of napoli carrot, touchon carrot, nantes carrot, a row of mixed greens & arugula, a row of spinach, a row of red russian kale mixed with collards,with a big long row of homesteader peas along the back board – there’s netting behind it for them to climb. A lesson learned from last year was that although it was lovely to have loads of greens in the cold frame, when I started harvesting root veg in mid-June, I dearly wished I had planted far more root veg.

Jury’s out on whether or not this seeding will produce a successful yield of anything. My hope is that come mid-February when, according to Eliot Coleman, we have enough sun for vigorous plant growth this far north, they’ll have enough protection to get germinating and growing a good 4-8 weeks earlier than last year. Even if we only get 3-4 weeks earlier than last year, that puts us eating garden root veg in May – when typically the only thing we’d have eaten would be baby greens. And if that’s indeed possible, we should still have root veg in the root cellar by the time baby root veg is ready again. Hard to believe that’s possible here. We’ll see. 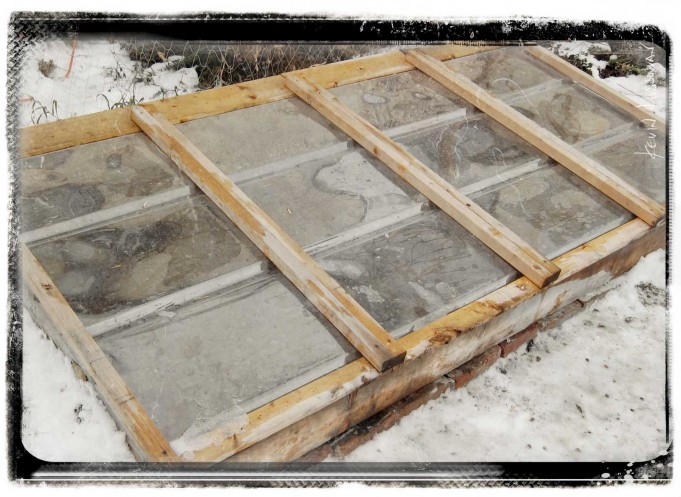 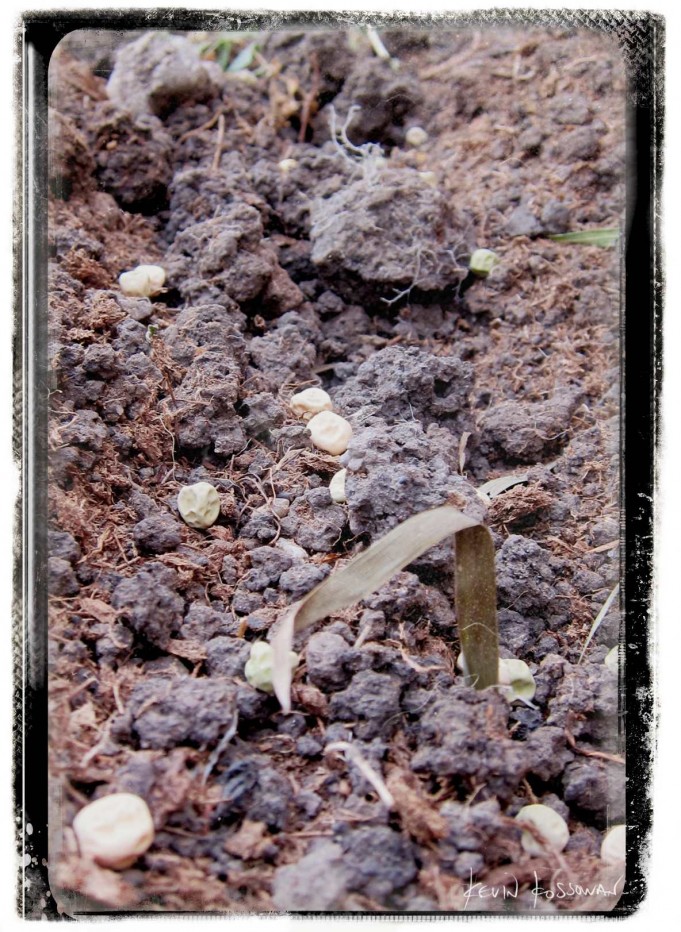