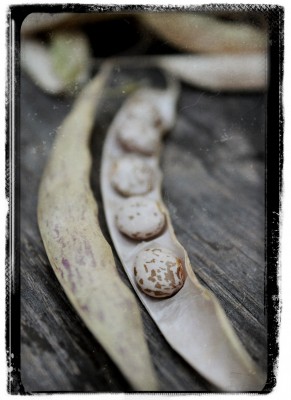 Last night I tackled the next round of bean harvest and shelling. I’m realizing one of the perks of being small-scale on this I can harvest as they ripen – which they are not doing all at once – and it’s actually quite pleasurable to sit and shell them. Yes I will likely thresh them as my production increases.

Some results are becoming apparent. The pinto bean is a winner in my garden, by far. I’d guess that it has out-yielded in number at least 4 to 1. That’s big. So if somebody asked: ‘hey, what single bean should I plant in Edmonton for good yield‘, I’d have to go with pinto at this stage. Not only do I have lots already relative to the other varietals, there are still lots coming. They’re also a climbing bean, which means they’re particularly useful for space maximization in an urban setting. Many of the others are bush beans.

Next up is the first one shown below. I have to contact my source of seed [bought 3-4 yrs ago, as I seed save], Salt Spring Seeds, to have them ID it for me. If you know what it is, weigh in. Nice uniform large size – larger than the pinto. Then it’s Jacob’s Cattle – the reddish mottled one below. It’s a very attractive bean, and size was really good this year. Favorite after that was the red kidneys, then the orcas – neither producing much, but they’re lovely to have coming from the garden. I’d say the pintos out-yielded them by 10:1 or so. I have about 4 other varieties that grew, but yielded so little that I won’t bother next year. There will likely be more to say once the harvest is done, but I’m pretty sure the outcome won’t change much. 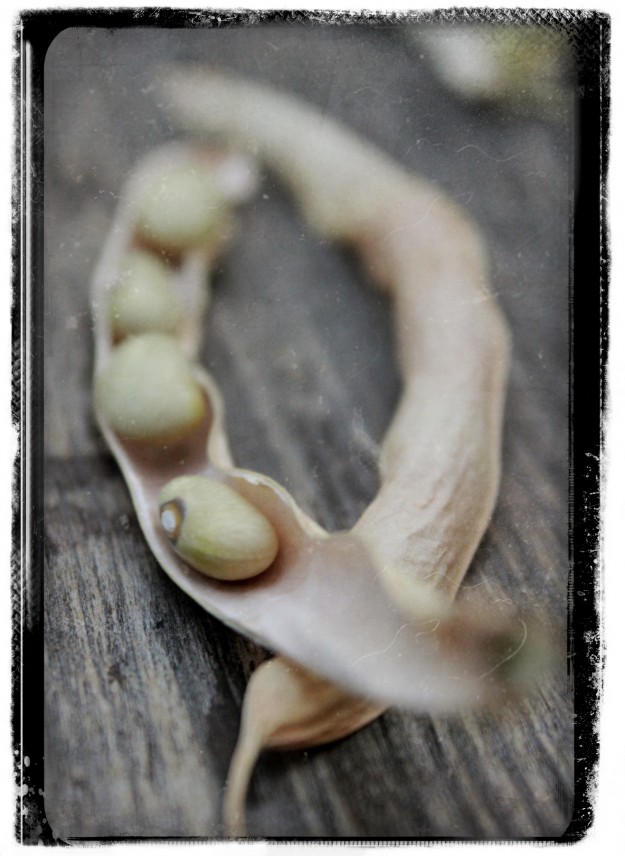 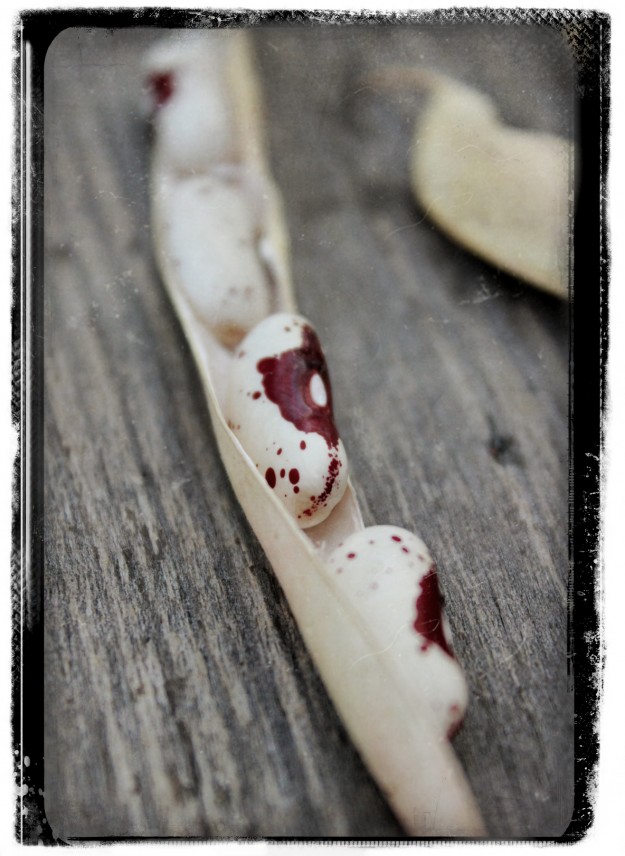 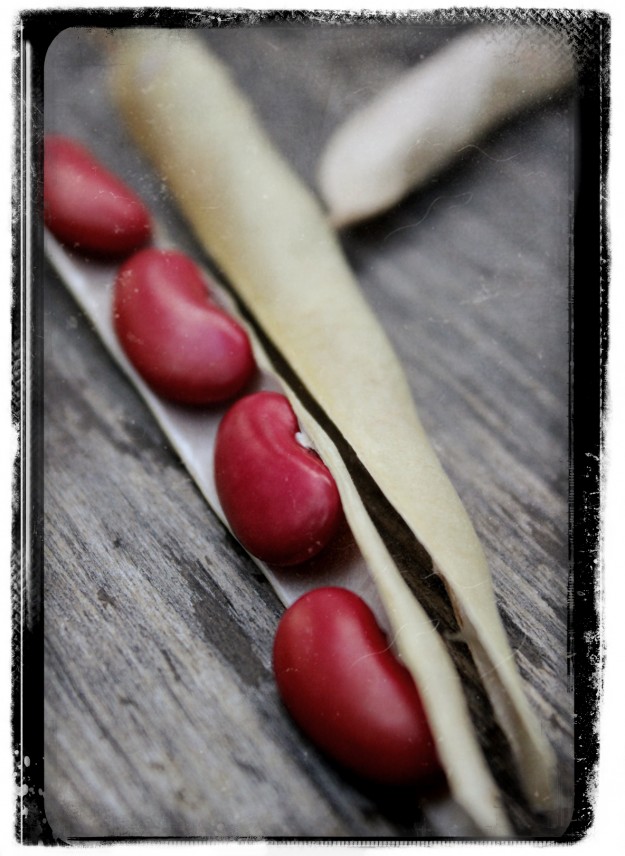 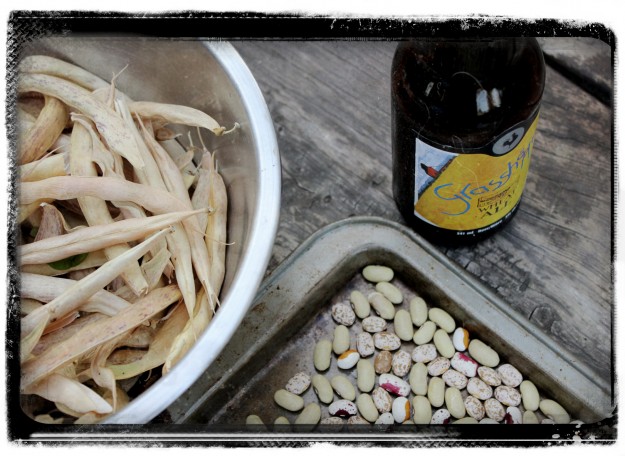