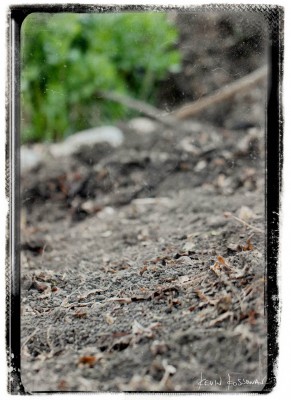 The more I get identified as ‘that local food guy’, the more I entice objections, or rather, rationalizations to defend why folks choose not to eat ‘local’. First of all, it’s worth noting that the term ‘local’ is rather bad terminology. I am not seeking a 100 mile diet. I’m seeking food that’s good for my health, the planet, and the community that grows it. If I lived next door to Monsanto, they would be local, but I wouldn’t support them. Fair? And because I’m a finance an operations management guy, I like to optimize stuff. When it comes to veg and herbs, we generally eat a 20m diet. I digress.

One of the top 2 reasons I hear folks telling me they don’t eat ‘local’ is because it takes too much time. The other one is cost – which I can argue with numbers and win the day – but time, time is a tougher one to explain, to illustrate. So I came up with the 1Hr Garden concept. I’ll allow the video to explain further.

This edit will grow as the season progresses, ie. I’ll be adding to it, rather than creating multiple parts in a series about it. Enjoy.