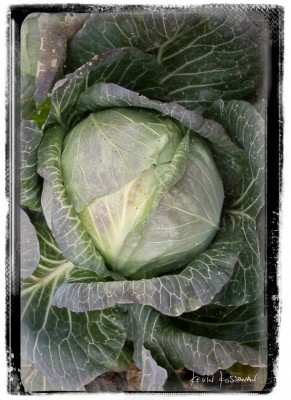 This one was a year in the works. Way back when, while shooting Episode 23 at Riverbend Gardens, I was enlightened to the situation that is common at vegetable farms in the fall: harvests fill up storage capacity, labour is relieved for the season, and anything left in the ground becomes compost-in-place. Sensible, really. Wouldn’t make sense to try to anticipate the storage capacity and shoot for it, as the first lean growing season would teach you that’s a really bad business plan. So surplus is normal.

At the time, I’d just been introduced to veg gleaning, as a farmer had called the Food Bank asking if they wanted a 1/4 acre of vegetables he had in the ground. The Food Bank, unresourced to go get it, put him onto Operation Fruit Rescue Edmonton – who have people swinging on the front lines all fall rescuing fruit of all types. So OFRE put a crew together to harvest it. And win-win-win happened.

So having made arrangements for this one last year, I was awaiting the call from Riverbend Gardens, who had a year earlier generously offered their surplus to charity if OFRE could come get it. The text msg arrived on my phone. I lined up a Salvation Army truck to pick up the charity’s share. And win-win-win happened.