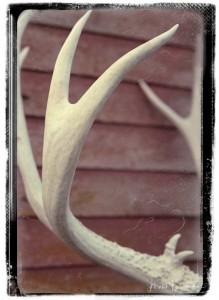 Apologies for the cliff hanger in S1E9 – wasn’t the plan. Just so happened that when this journey hit the edit desk it was far too long for a single episode, so S1E10 resolves that piece for you, but we’re then thrown into a whole new mess.

We’ve had a lot of feedback on S1E9’s cinematography [positive feedback, thank you], and this episode is in a similar league. I’d like to give credit to the grasslands. A landscape that we thought could be boring, flat, and scarce of living things proved to be the exact opposite. Credit is also due to bowhunting itself – the very nature of the pursuit forcing the cameras into the fields multiple times a day on stalks, providing rich content. A big take away from season one was that some hunting styles are conducive to loads of visuals [these two episodes included], and some aren’t: S1E5 would be a good example. When copious hours are spent in a vehicle, the cameras don’t see much play. Season two has been designed accordingly.

Speaking of season two – shooting of S2E1 is wrapped, and we’re just about to leave on a longer than normal outing for S2E2. S1E11 will be out in April, S1E12 in May, and Season 2 should see the light of day come June 2015.