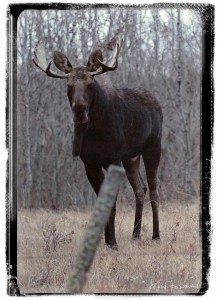 Some of my earliest memories as a kid are connected to a white, 100+ year-old house with a huge multi-burner wood stove in it, and the smell of grassland sages. My dad would take my brother and I there a few times a year, mostly chasing waterfowl, the odd grouse, and later deer. They’ve been going down there for 40 going on 50 years, and they have known the farmers and residents of the isolated area for decades. When it came time to choosing where to chase mule deer, going back to my roots was a no brainer. As residents of Alberta, we could hunt any gender of mule or whitetail deer – but only with a bow. Rifle season wasn’t open until November, and getting drawn took years.

Jeff and I had to date been skunked on chasing moose, day after day, with a bow – despite seeing rifle ranged opportunity day after day. We’d not connected on a deer. Or an elk. It was mid October, and the hunting season that theoretically would fill our freezers was seeming evasive. The trip to the grasslands seemed like a recipe to see more of not much, until we got there. We kept calling it a safari – wide open plains with big game animals, upland birds, and waterfowl – everywhere. Finding mule deer to stalk wasn’t going to be the challenge. Walking in on them in their bedroom was.