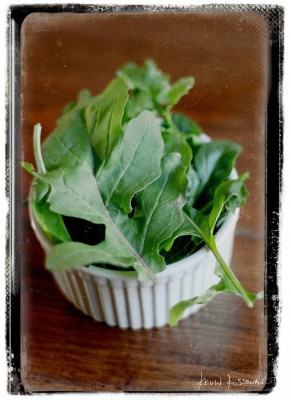 Here’s something I wasn’t expecting. Back when building and planting cold frames I had written numerous times how I’d like to see a harvest from them in December. I thought that might be bold. I wondered if I’d have to eat my words. Then in early December, as my garden fork bounced off the frozen soil nearby, it slipped easily into the soil protected by the cold frame, and I dug up some carrots. Mission accomplished. But it didn’t end there.

In this strange spell of warm January weather, when I’d long accounted the arugula and spinach in the cold frames for dead, I noticed that amongst the mature leaves that had clearly been beaten by the cold, younger leaves had emerged, or better survived, or something – whatever the case, what you see in the photo was harvested January 6. This is a deal changer for me. My ‘dream date’ of December harvest has now been moved into January. And with new plants about to be seeded to be transplanted into the cold frames [I’m hoping in February], the gap of non-gardening season is awfully narrower than I had suspected – all without having to use fossil fuels to heat a greenhouse. I suppose that’s the kicker. If it’s a non-energy consumptive solution to growing more of our own fresh, extremely inexpensive, organic food, the cold frame seems like a rudimentary technology that needs some major revisiting, and a serious pat on the back. 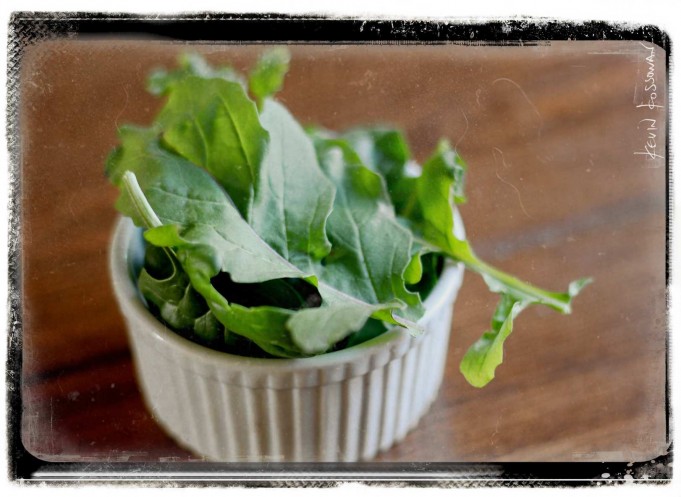