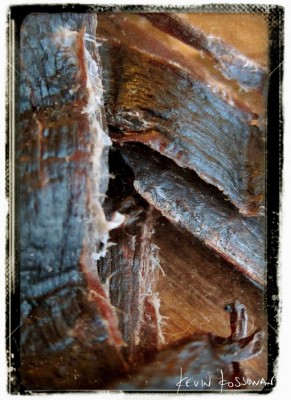 I got an email this morning from Throwback at Trapper Creek regarding my previously posted jerky recipe, which led me to responding with a couple recipe tweaks – one of which is pretty key in my mind, so I figured I should post those thoughts here as well.

First. On my first elk jerky batch of the winter, I had sliced the cow elk round while still mostly frozen. It sliced a dream on my cheap deli slicer. I added the cure ingredients right away. The jerky was enjoyed, but I found it gamier than expected. On this most recent batch, I let the sliced par-frozen meat defrost pre-curing. I was suprised how much blood was released during the defrosting, so I poured it off, and may have even given the meat a quick rinse. Ah. The potential source of gaminess: the blood. The result? Less gamey jerky. I had unknowingly allowed the blood/juices related to defrosting become part of the cure flavors on that first batch. Not a good plan, in my books. So I will forever defrost the sliced meat fully and drain pre-adding the cure ingredients – yields a far cleaner flavor.

Second. Less importantly, I gave onion a go rather than garlic. I’ve mentioned before that I’m not a fan of my fridge stinking like meat and garlic – not sure what about that turns me off, but it does. Result with onion is very nice, more subtle/delicate than garlic. Maybe next time, leeks.

Time to take out the next piece of elk round, as this batch won’t last the week.

4 Comments on “Jerky – Some Recipe Refinement”