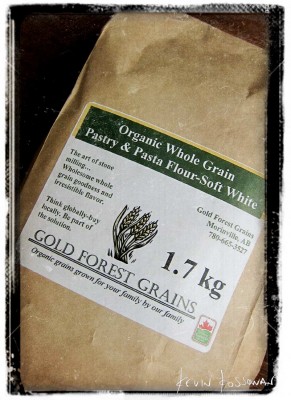 Bias disclaimer. I think John and his farm are fantastic. There, I’ve said it. If you want to formulate your own opinion on him and his farm, watch the From Local Farms episode about their farm. Yesterday was the FIRST time their farm attended a farmer’s market EVER. Which marked the first time their organic local flours were available on some form of retail level to folks like us. Some well respected bakers around town were hooked up – but now it’s our turn. I’m excited.

Local organic grain is important to me. I’ve often driven around the outskirts of the city, looking at the crops around town, wondering why they didn’t supply our local market with top-end food. Gold Forest Grains is one of the few farmers that are extremely local to Edmonton, which presents a challenge with the inherent high costs of production [anyone notice real estate isn’t cheap around here?].

This morning we tackled whole grain rye pancakes, as John had written about on his blog. Lovely, and I recommend cooking them for quite a bit longer than you would for other pancakes, as the crust that forms on the rye is truly delicious, and they don’t tend to overcook quickly. Quite the opposite. But I had promised John some whole grain pasta from his flour. My daughters would eat pasta with butter and salt exclusively if I allowed it. The potential for their pasta consumption to go 100% local and loaded with fiber and nutrients appealed to my paternal instincts. 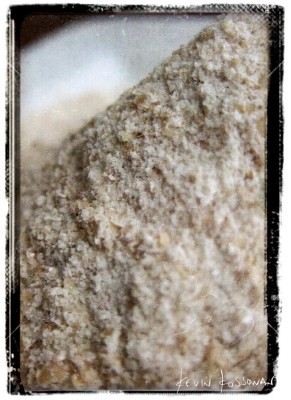 First off, Gold Forest Grains‘ organic pasta flour is not what what I’m accustomed to working with. I normally use Divella Tipo ’00’ for pasta. It provides silky awesomeness and feels like air. This stuff, not surprisingly, has fiber. Density. It’s coarser than I’m used to and honestly, I thought I was in for a disaster when I tried to put it through the first thickness of my hand-crank pasta maker. Solution: start it by rolling with a rolling pin. From there, it went far better. I ended on both thickness settings 4 and 6 with equal success, and cut it into a fettucine width with no problem.

Oh. Recipe. Right. 250g flour, 2 Green Eggs & Ham duck eggs, and a couple pinches of salt. Bring it together, and let it rest for a few hours. That’s as ‘recipe’ as I get.

Bottom line on the pasta making: it’s a different beast. I’m going to be messing with a combo of Tipo ‘OO’ to try to regain some of the texture – due to fussy toddlers more than for adult palates. I’ll also be sifting out the bran to make a finer dough – I’ll reserve it for pancakes where it doesn’t have the same mouthfeel impact. I’ll admit I was relieved when the toddlers finished their bowls, as despite all my efforts, they are still fussy little kids, and having them pound back stuff that’s healthful and local is still an achievement. Success, but tempered with room for improvement. 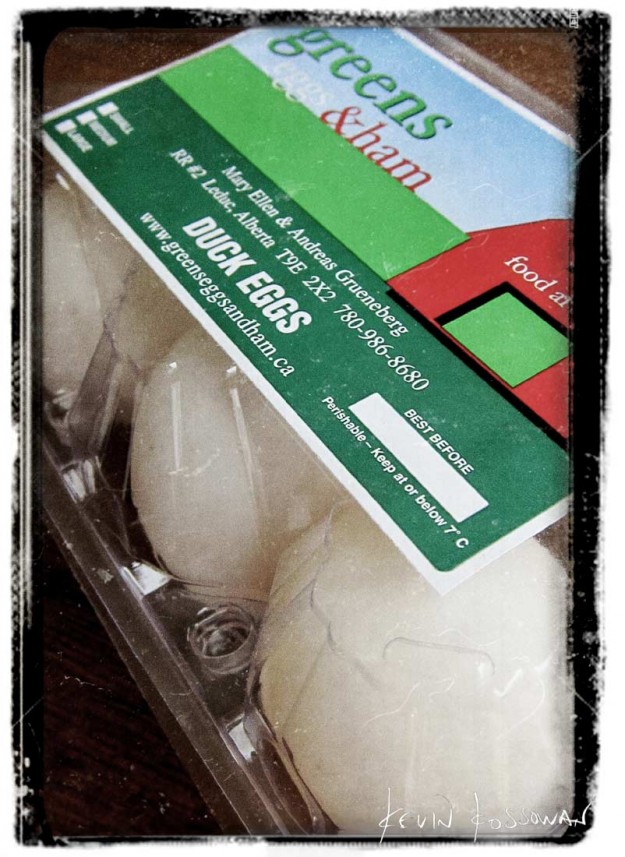 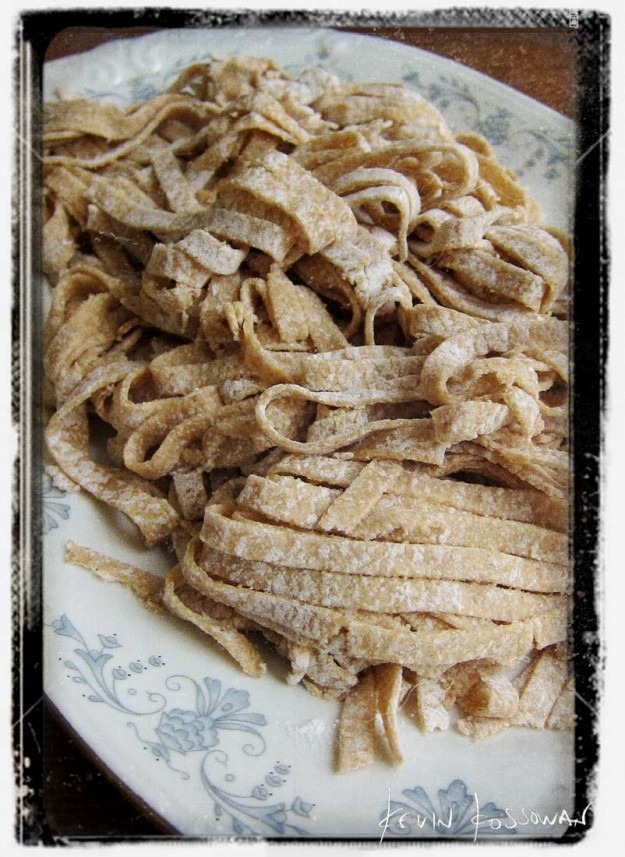 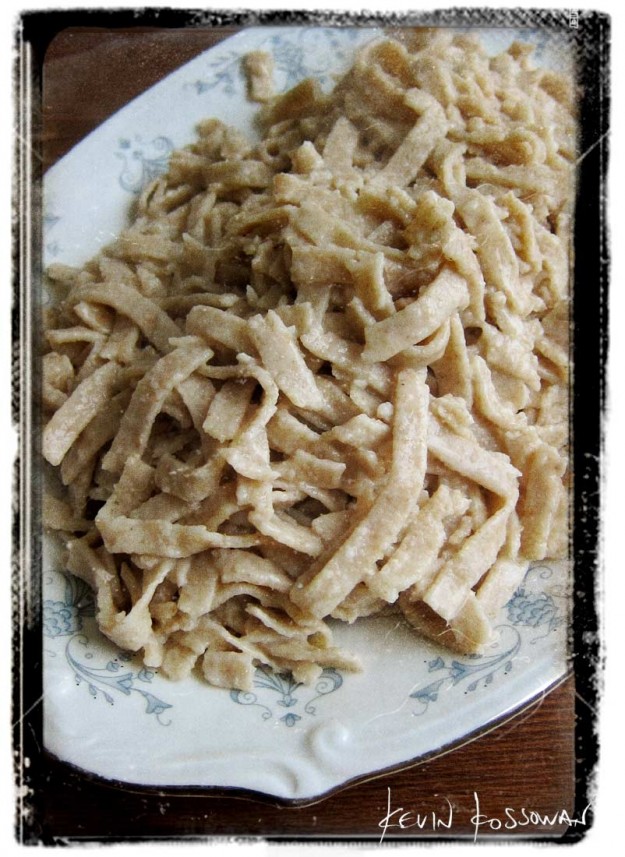