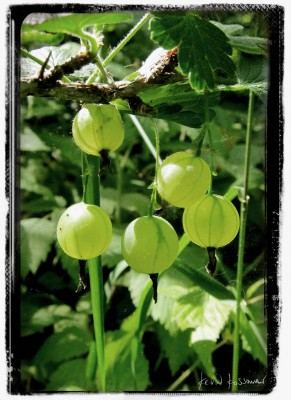 A couple days ago a reader offered to meet up to go for a foray in the University area on her lunch hour. Lunch-hour urban foraging, the concept alone I couldn’t turn down. Take THAT all you ‘I don’t have time people!! Now granted her co-workers think she’s strange for foraging for her lunch, but whatever. Strange can be good.

So out we went for mushrooms. Quickly found a variety of Agaricus, which I’ve written so much about lately I’m simply going to lay off. We found many. Tis the season. Then into the river valley we went to see what else would turn up. It wasn’t exactly what I expected. After noticing horseradish in the river valley earlier in the week, I should have broadened my expectations. Some of the surprises were burdock, rhubarb, and gooseberries. Burdock’s a root veg I grow in my yard. We also found raspberries, a pile of different mushrooms, a variety of greens [the usual dandelion, nettle, etc], some jeans, a hairbrush, and a knife. Ah, urban foraging. I wouldn’t suggest eating the jeans – pretty sure those are non-edible. The horseradish, rhubarb, and gooseberries especially have left me wondering about the opportunities for guerilla forest gardening. Interesting.

Below: Hericium Coralloids [Comb’s Tooth]. One of the coolest looking local edibles. And bottom, my backyard Chlorophyllum Rhacodes [Shaggy Parasols] which have finally made an appearance!! The only reason I suspect that’s what they are is I’ve had them grow in the same place year after year, studied mature specimens, and spore printed it – otherwise at this stage, I’d have no idea. 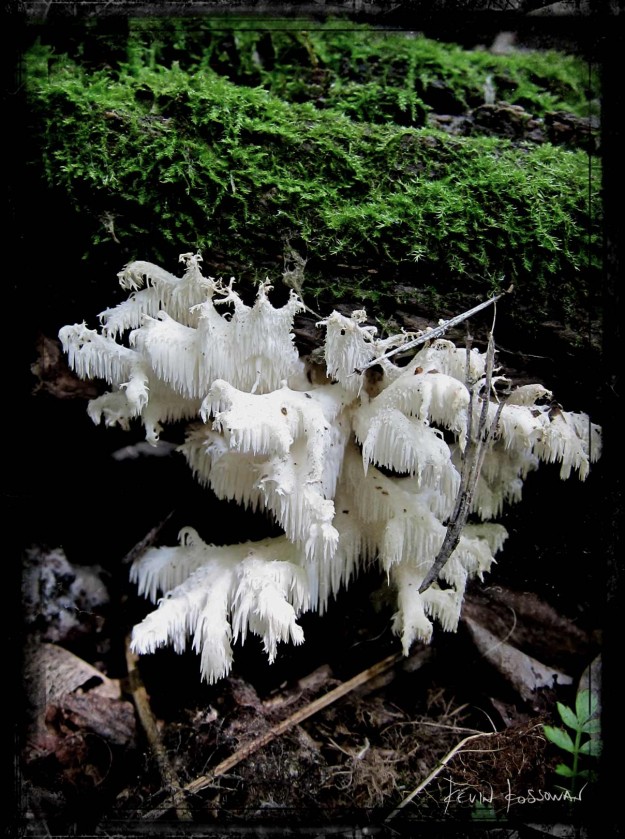 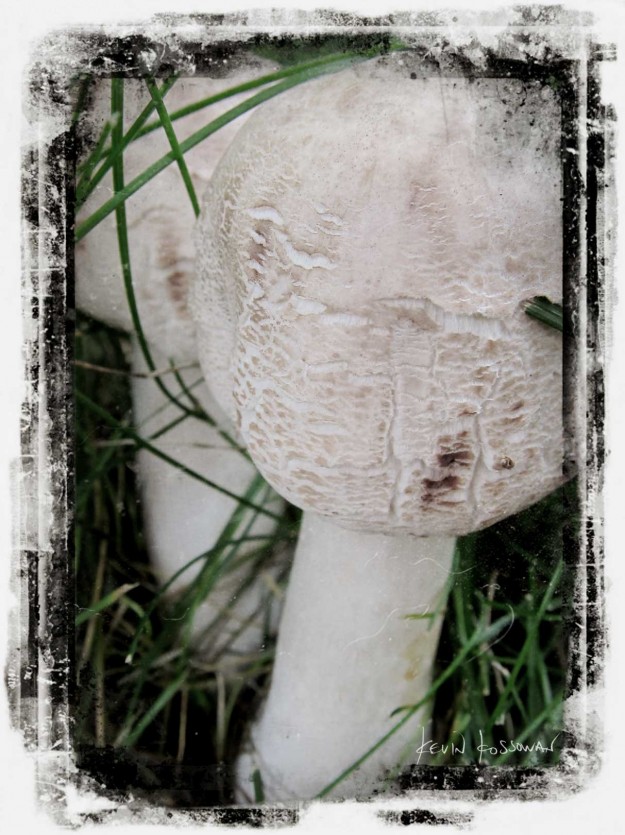