[Part 1 is here]. Over lunch yesterday it came up that some of the calvados I was tasting in Normandy was 40 years or older, the oldest specific vintage being a 1969 Dupont. That would be very unusual in the wine world, and highlighted  one of the fantastic things about spirits vs. wine: shelf stability. Opening a bottle of 1969 red wine would be a commitment, as that bottle would need to die within a short period of time to not waste its awesomeness. A bottle of 1969 calvados [or any similar spirit] is fine on the shelf well past your being dead. Which makes it clear to me why folks starting distilling in the first place. Pre-electricity, creating a shelf stable product out of perishable food was an accomplishment, often a necessary one. A food product that actually improved with decades of storage, even. Not many other food-stuffs can claim that feat, if any.

Secondly, it allows you to use a copious amount of produce. Let’s say for a moment that an apple tree produces about 220lbs of fruit. 10 trees would yield a tonne of fruit [2200 lbs]. 100 trees, 10 tonnes. I know folks with over 1000 trees – 100 tonnes. What do you do with 100 tonnes of fruit?? A bit absurd to consider, perhaps, but in fact it’s part of the problem I see with the urban fruit in our city that needs rescuing. If we could glean 100 tonnes of apples, what to do with all of that?? The man-power required to peel, core, cook, and put that fruit into some kind of consumable food-form is considerable. A portion of it could go that direction, but not all of it. Ask anybody staring at 100 lbs of apples, and they’d probably be eager to hear of other ideas of what to do with it all, nevermind a few tonnes. The answer: juice and its by-products. 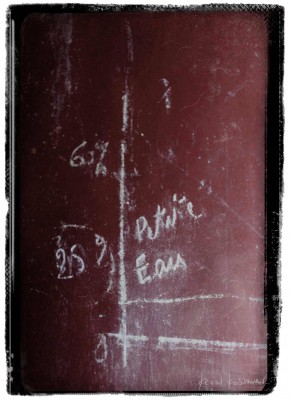 So juice. You can see my crusher and press in action here, that can largely be slapped together for $100 or less if you’re thrifty. It makes juice. Tasty juice, actually, some apple varieties far more than others, which makes sense. In Normandy that’s product #1: apple juice. They pasteurize it via heating, as one would expect for shelf stability. Product #2 comes shortly thereafter: unpasteurized must is mixed with a previous vintage of calvados to make pommeau, my new favorite aperitif. The high alcohol content [17%] prevents any yeast parties, and stabilizes the product. And it’s tasty. Very cool. And it’s just a measure, mix, and bottle exercise that’s super easy. Once the must starts to ferment naturally – all the producers I visited rely on native yeast strains, none added  – they start watching specific gravity measurements to pull cider at different sweetness levels. The sooner the stuff’s bottled, the less time the yeast has had a chance to convert sugar to alcohol, so the sweeter the cider. Product #3: sweet cider. They’ll often pull an intermediate level of sweetness shortly thereafter – product #4: semi-sweet cider. They’ll then do the rest of the cider once much [but not all] of the sugars are fermented for product #5: dry cider. The rest of the juice is left to ferment to complete dryness, which would taste nasty as a cider essentially – for distillation. In the winter, they’ll start distilling it into product #6: calvados [apple brandy]. Many products come from that as different ages are bottled for different uses and palates. Many more products come in the way of cider jellies, vinegars, etc. All because of some apple juice. All  gleaned from different stages of the one process. 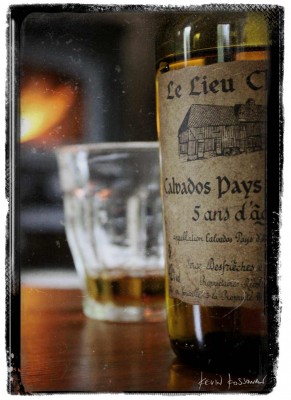 Part of my exploration was how apples impacted food culture in Normandy, and how that might translate here. I’d say booze is the biggy. Not only does it impact what you drink, but it also makes its way into your food. Dishes finished with calvados rather than grape-wine-made brandy. Meats cooked in cider rather than beer or wine. And as soon as you bring those apple flavors to the dish, it opens up the opportunity to bring the apples in themselves. While there I was putting pears and apples into nearly every dish, every meal. Apples are extremely versatile and can work in savory dishes as well as the sweet, can vary in texture from crunchy raw to mushy when sauced, and tend not to dominate a dish. Slow cooked apples and leeks in AOC Isigny butter with some local fleur de sel atop a local Bayeux breed of pork bone-in chop cooked over an open fire was a highlight. Simple, but lovely. Desserts were chausson aux pomme, or poire. My daily snack-on-the-go was a fresh apple picked that morning on my way out the driveway. I drank apple juice for breakfast every day, and cider, pommeau, and calvados in the afternoon and evening. Apples invaded my daily food instantly, from top to bottom, not missing a spot. So mission accomplished on that front: the chaussons aux pommes that I baked off last night are a testament to some of that Normand influence already making its way into my own food culture. I’m sipping some freshly blended pommeau as I write.

The humble apple is capable of much, and little used to its full potential here. I hope to change that in my home.

[Regarding apple seed toxicity. I’ve had many questions over the last few years about coring to rid the apples of seeds which contain trace amounts of toxins – there have been some debates in the comments. I can assure you, apple juice and cider producers do no such thing. They do not employ immigrants to core each of the millions of apples, or have a machine designed to do it. The apples go whole into a big machine of destruction and get turned into pulp, seeds and all. I’m not the only one going whole-apple. You don’t consume the solids. In Normandy that goes to their cows. Presumably the seed solids even in that concentration won’t kill a cow, or they would likely stop that practice rather abruptly.] 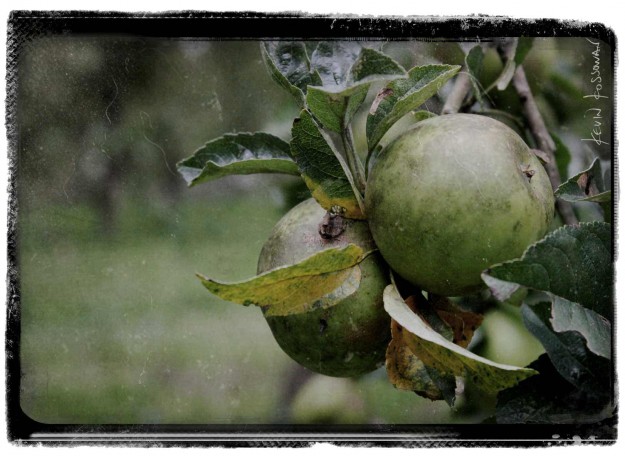 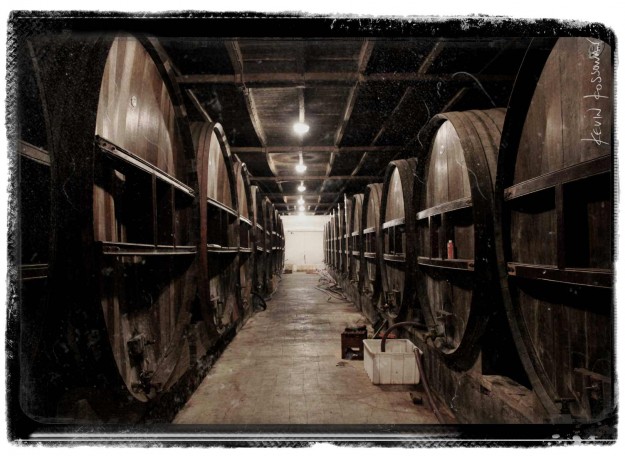