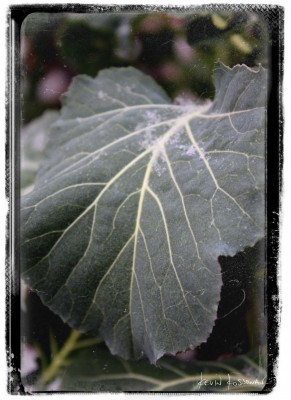 The snow is falling, it’s -3C, with -20C in the forecast later this week. And yes, still harvesting garden veg. Was last year too. Not because I have a greenhouse, hoop houses, or even stuff under cold frames [well.. I do, but not for this stuff]. Just planted cold hardy veg in August and let them tough out the elements. Even if the bounty is very limited, it makes the winter without element-protected garden veg short when December through February are the only months that don’t see fresh produce coming into the house from the garden. That’s 3 months that I’m forced to cook exclusively from the cellar without fresh yard supplementation. I can happily live with that.  I think the rule of thumb around here for many folks [which used to apply to me too] is to seed May long weekend, and then harvest in September. That means garden produce is available fresh from the yard June through September, or 4 months of the year. Instead of 9. I don’t like that math.

I used to think Kale was a trooper, and it is, but I have collards next to red russian kale, and the collards are winning hands down for cold hardiness. They look fantastic. Who knew. Guess I’m planting them again next year. You’ll notice in the photo below a broccoli side shoot. I love brassicas. They’re tough as nails, good for you, and tasty.

So I’ll polish off what’s left of the greens, check out the cold frame to see how late I can harvest from that for fun, then get ready to start seeding flats in January. Which really leaves December as the only month I get a full-on garden break. I’ll take it. 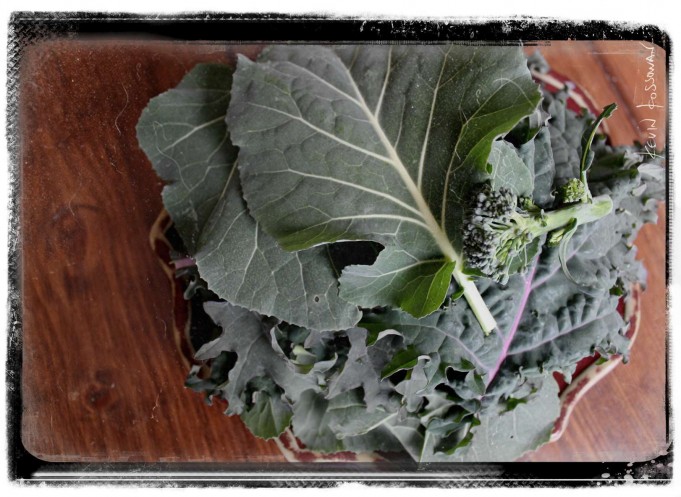