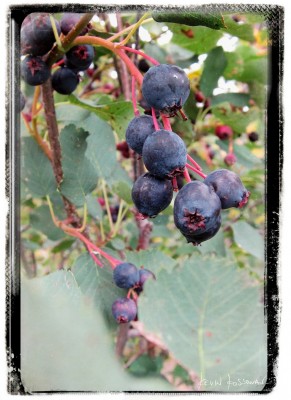 Long, long ago, in a former saskatoon u-pick that is now more lawn than bush, a friend and I harvested saskatoons by the 5 gal pail and I made wine. Not your usual cooler-esque cheery saskatoon wine, but a heavy, dense, rich, viscous wine, aged with american white oak. That was way back in 2009. That vintage is now 3 years old and I’m wagering is the type of wine that will rock in the 10+ year range. I hadn’t had the supply to make another vintage since – until now.

Over a year ago, I got in touch with a U-Pick grower who was on the Operation Fruit Rescue Edmonton grower list, but last year the ridiculously deep snow in the winter prior yielded a crop failure thanks to the moose eating the bushes to get through the winter. No 2011 vintage in the stars, trumped by nature. This year though, it was game on. Not only did we get the grower some fruit to sell via her share, and donate a pile to OFRE and a local charity, I came home with enough to make a 2012 vintage of saskatoon wine. No time for it now, so the berries will go into the freezer for the time being until my insane schedule lets off a bit.

Surprisingly, despite the wonderful opportunity to stock up for the winter in a very win-win-win-win situation for all, not as many OFRE volunteers were chomping at the bit to get on board as I thought. We were hardly at capacity for the 2 nights we were out. Still, we managed to glean roughly 350 lbs of fruit. Then we got an email from another Saskatoon U-Pick grower, offering another glean. Saskatoons anyone? I’m done. 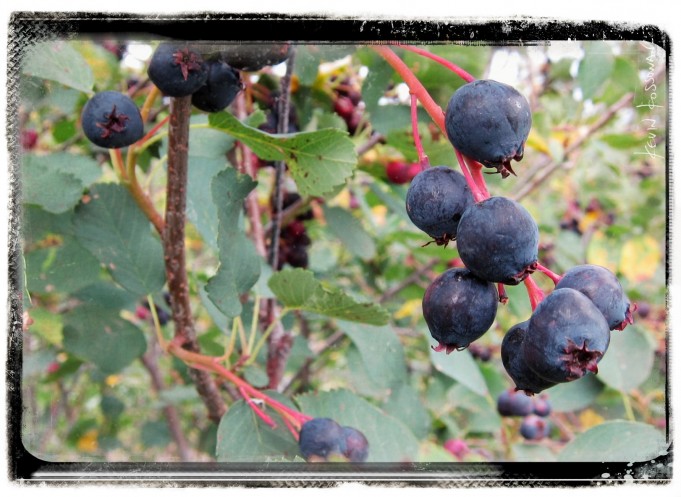