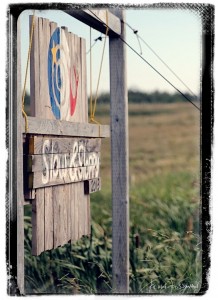 Back in the spring of 2014, I was approached to produce a video for Slow Food in Canada, with the broad mandate of exploring what Slow Food in Canada ‘is’. It meant trips to Vancouver, Vancouver Island, the Okanagan and Similkameen valleys, central Alberta, Montreal, Vallee de la Batiscan, Lanaudiere, Cocagne in New Brunswick, Toronto, Tatamagouche Nova Scotia, and more, it’s become obvious, at least to me, what it is. It’s a force, like a oversized kid that doesn’t know its own strength. As an aggregate, the projects the people on the ground are having across the country are dramatically changing the face of good, clean, and fair food. I’m convinced Canada’s food culture is shifting as a consequence. The intended outcome of the project was the video below – a 15 minute piece to be shown at Terra Madre in Turin, Italy. I shot so much more, so hope to be able to donate the time to get shorts edited for the convivia that gave the time to graciously host me, showing me the best of our country through the lens of Slow Food.

The piece is subtitled in both english and french.