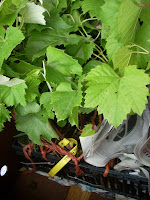 After far more planning and preparation than I generally would care to admit, after all the months of anticipation – this day has finally arrived. It had been delayed by the Frontenac Gris varietal not yet being released from quarantine by the CFIA. I’d then been watching for the post truck for days, hoping that they’d have something for me. Today, after a long truck ride across the country all the way from Quebec, my vines are at their new home!!! I was very pleased with how healthy and happy the vines were upon arrival – it exceeded my expectations, which have been lowered by spindly seed catalog perennials [cheap shot?]. My new buddies: 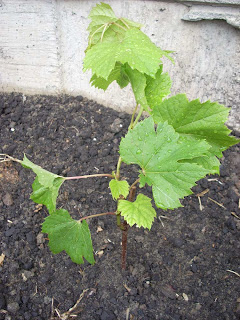 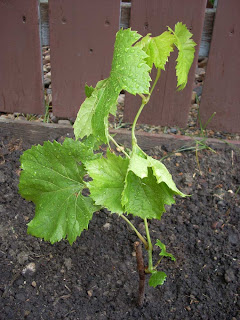 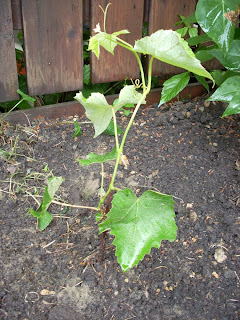 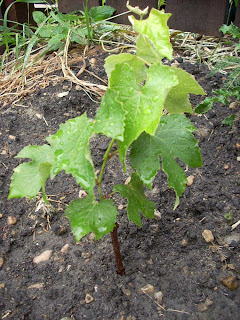 I was slightly choked that they had to arrive during the one period of heavy rains all year. My soaked self felt slightly better thinking that I may dodge the number one killer of young vines: lack of water. Hope so, anyway.

So they’re finally in the ground. Now the adventure of caring for them to see if I can make them survive and hopefully thrive. Only time will tell…