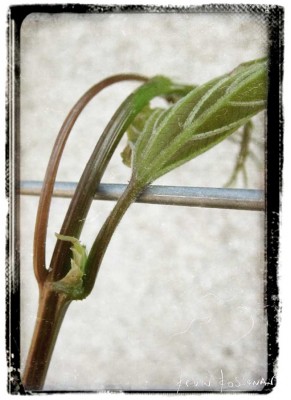 My last update was a year ago, almost to the day, so I’m due. Having taken a quick look at last year’s photo, I’d wager a guess the vines are 3-4 times larger this year. At least. The shot on the left is of a vine reaching over the top trellis wire, almost 6′ high. Although I have stragglers of a couple other varietals, I’ll generally be focusing on two: Frontenac, and Frontenac Gris.

A few big changes this year. First, weather. Spring was late with no hard freeze or snow post-bud burst like last year. Last year our late May nastiness killed many to the ground for a few weeks. So 2011 has been smooth sailing in that respect. Next big difference is pruning. Last year I pruned them back to one bud, with the intent on having them send one shoot which would form the main trunk in future years. That’s what the book says… Worked last year training-wise. But come spring, it was evident that my long trunk canes were winter killed. All of them. So this spring I didn’t prune at all. I figure they can go crazy for a year to develop some mature wood and pump some solar energy into their roots – I’ll worry about the trunk training later. Winter kill is something I’m going to have to figure out on my own. Viticulture advice generally isn’t geared for this growing zone. Last big change: fruit. Some of the vines are deciding to fruit this year [see bottom photo], and although it’s only year 3, and I should be waiting for year 4 by the book [ie. pinch off all fruit clusters this year], there are only a few and I’m curious what they’ll do.

Like last year, June is hard on them aphid-wise. They drove me nuts last year, but I let them be and by later in the summer, aphids were no longer an issue. With far more vigorous growth and vegetative mass this year, I’m not worried about them. I give the bottom trellis wire a periodic shake if I walk by to piss them, but otherwise no intervention.

I’ve mentioned to many that my fervor for grape growing has been tempered significantly by my successes in ‘orchard fruit‘ wine [like the term, I credit Xina Chrapko, organic wine maker in our province]. But I can tell you that I’m glad I planned ahead 4 years ago and put them in. I’m getting the sense that I’ll be very glad I did a few years down the road. 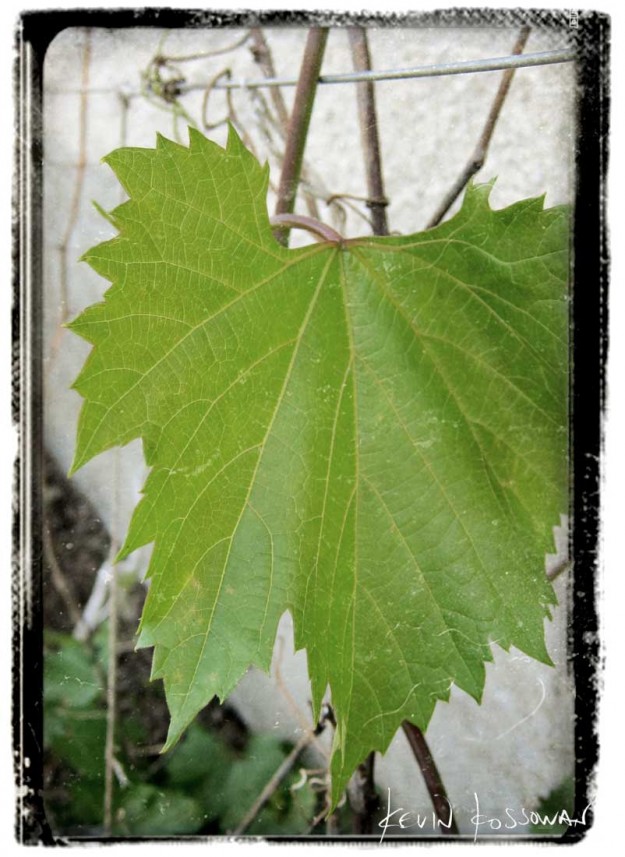 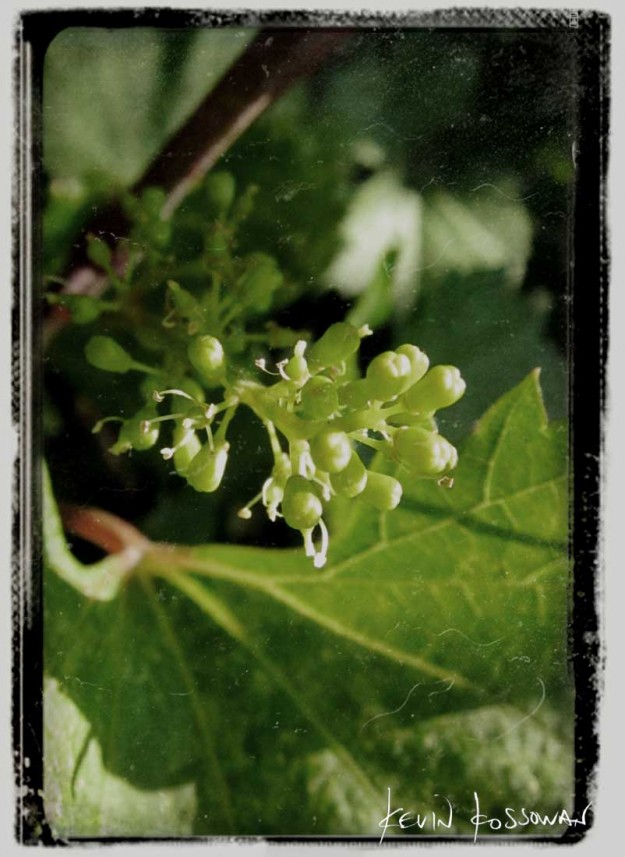