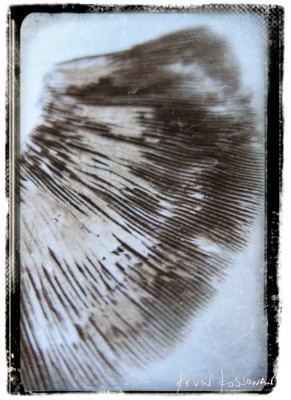 How I got to my 30’s without knowing the wild agaricus genus of mushroom, I will never know. Agaricus Bisporus is the button mushroom you find at the box stores – so are criminis and portabellos. Agaricus Campestris [seen here, and posted about yesterday], whose common name is ‘field mushroom’ is a still-wild relative. It will be added to my small-but-quickly expanding repertoire of wild mushrooms that I forage for, motivated in part by having harvested roughly 3 pounds in the past two days about 2km from where I live in the city. Motivated also in part by their ubiquity in the mushroom foray finds, and largely by their tastiness in the kitchen. Having had some mushroom-loving-friends weigh in with some good news on its potential ID and edibility, I figured I’d go back with my oldest daughter to clean up what I’d left behind the day before.

The spore print on the left was part of what helped ID it. I was looking for brown spore print. Taking a print is as easy as sticking some cap gill-side-down over a piece of paper, then covering it with a bowl and leaving it overnight. The bowl removes wind currents from the equation and allows the spores to drop straight down. I find spore prints fascinatingly detailed, and beautiful pieces of nature art. It’s worth mentioning that when spore printing some mushrooms, colored paper is more useful than white. When I had to confirm my shaggy parasols, I was looking for a white spore print. White spore on white paper, not so good, so using some white and some dark proves useful in some cases. In all cases, spore printing is just plain neat.

Turns out, on my return visit, I noticed a large patch of horseradish a couple hundred yards from the mushrooms. How it got there, I’m not sure, but there’s lots of it. It amazes me that these kinds of foods sit right under our noses – nevermind smack-dab in the middle of a city of a million people – largely ignored. Fascinating stuff. 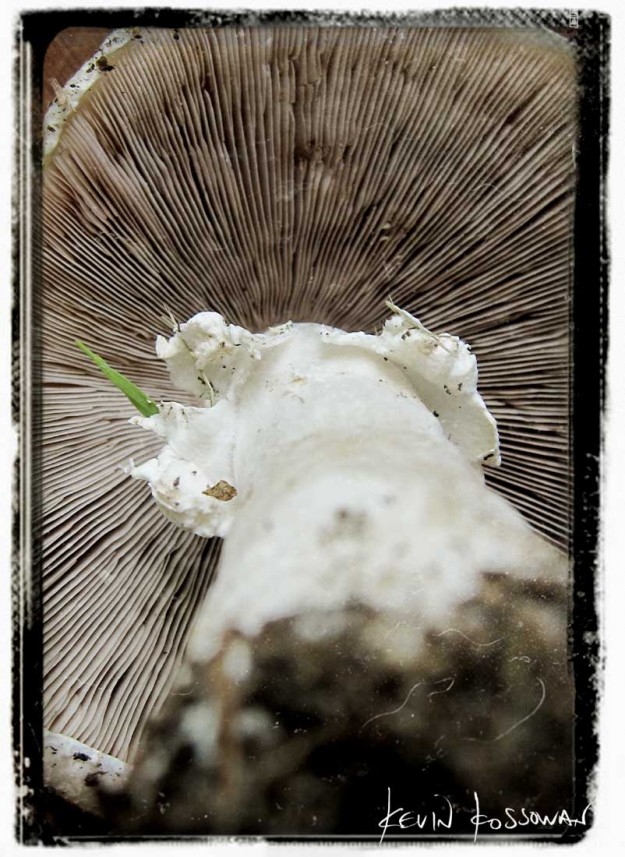 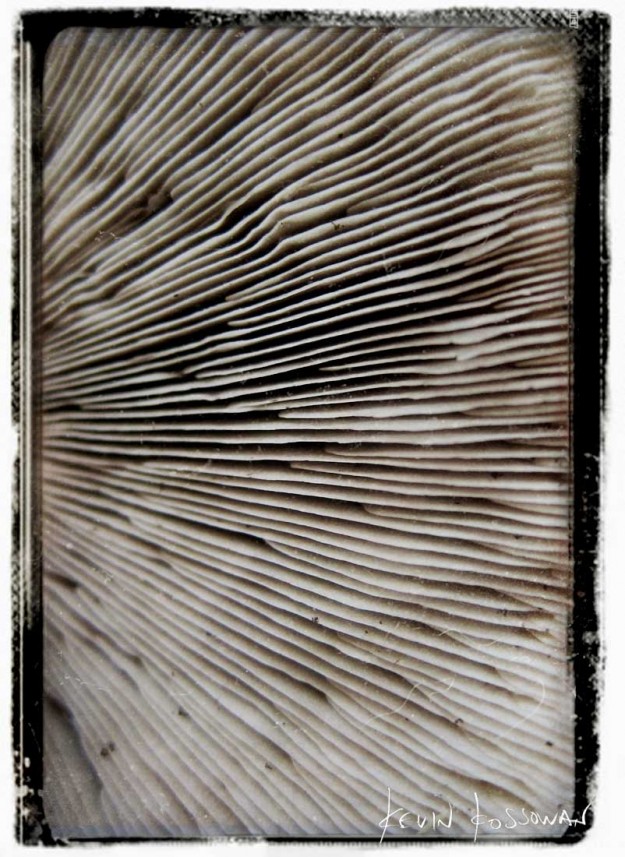 7 Comments on “Wild Mushrooms: had to go back for more”