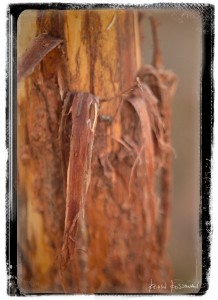 When I started cutting this episode, I looked at the date of the footage and thought “that can’t be right”. The opening sequence was shot on September 23rd. The footage of us skinning the black bear from S1E6 also reads September 23rd. We pretty much went to bed at 3:30am on Sep 23, got up in the morning, shot the interviews for S1E5/6, and got on with shooting the next episode. We may just be crazy.

It took Jeff 4 years to get drawn for antlered moose in the WMU near his home. I’m used to hunting calf moose every year or every other year at worst, so 4 years seemed like an awfully long wait. So when bow season started, the obsessive hunt for Jeff’s moose began on the third quarter of Trevor’s land. The third quarter seemed to be a sweet spot – it had dense marshy cover where moose were bedding, a 30-40 acre chunk of bush for them to feed and hide in, 100+ acres of alfalfa to feed on, and a piece of bush across the road they liked to run to when in danger. Counting the number of moose sightings on the third quarter in 2014 would take multiple hands. They were there. We were there. We had an arrow, and were learning the bush. They had swords on their heads and already intimately knew the bush that was their home.