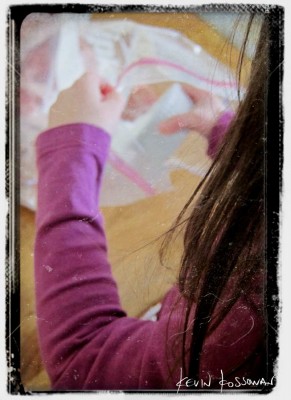 May the following serve as evidence for all those that say, ‘but I don’t know how’ and perhaps ‘but I don’t have the time’. The following is a series of photos of how to cure bacon – by a 3 year old. Yes. That’s right. A 3 year old can cure bacon. And it took her 5 minutes or so. Now to the skeptics, I’ll concede that I dosed the pink salt and cure amounts – took on the role of responsible daddy figuring botulism risk was not to be managed by toddlers. But other than that, it was all her.

Take some pork belly. Open zip top bag – especially fun when you’re 3. I admit to have lost the appreciation for that simple pleasure. Put belly in bag. Weigh out cure based on weight of meat [again, daddy intervened here]. Dump cure into bag, as seen in top left photo.

The next bit is also full of glee when you’re 3: shaking the bag about to coat the pork belly with the cure, seen below. No lack of enthusiasm there, when you’re 3. If you’re older than 3, you may lack spunk and fight lethargy, and this may actually be deemed ‘work’ or..’hard’. 3 year olds would disagree. All fun. The gayness may be emphasized when you wear really loud, colorful pants. My grandfather wears similar pants to dinner parties. No joke. He must have a good time too.

Next, also seen below, requires adult assistance – the opening of the fridge can be tricky for a 3 year old. Other than that though, the instructions are ‘put bag in fridge’. If you’re pressed for time, don’t despair , it needs to cure for a week. You have time. Time to go to work for a week, do a lot of other stuff, sleep many times. Then a week later, you have freshly cured bacon. The only bad part when you’re 3 is that a week is a really, REALLY long time to wait for bacon. 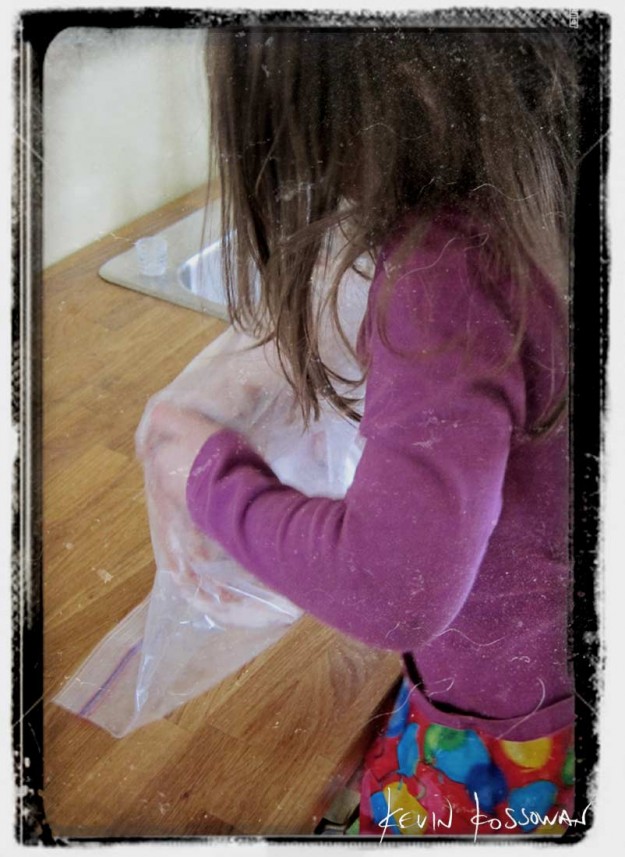 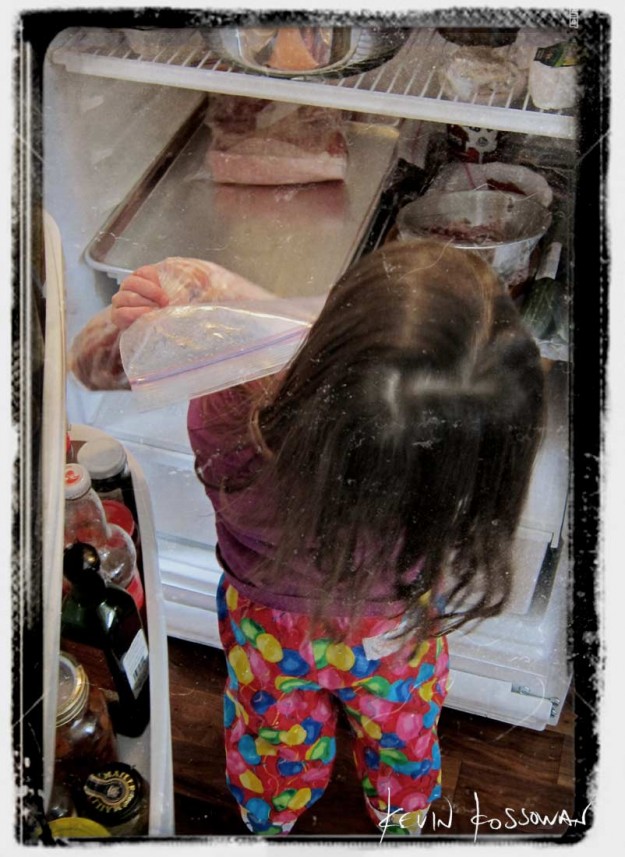