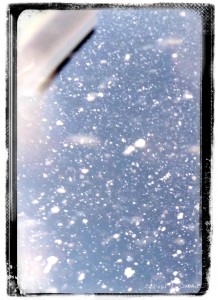 Quadcopters are an amazing piece of production technology, when they’re not crashing.

When I was researching buying one, I’d read things like ‘just a matter of time before you crash one‘. Boy were they right. I’ve crashed mine into rocks in the mountains. I’ve learned about “uncontrolled descent” by splooshing it into a lake – only learned later what had happened from an actual helicopter pilot while shooting in an actual helicopter. And just this week, my hardest impact crash yet – took a rotor blade off and bent an arm of the gimbal upward. The gopro didn’t seem to care. Had just flown it 5 minutes prior, but lights were acting weird so recalibrated compass [which I now suspect may have been damaged in the under-water-lake-crash], launched fine, as you can see in the video, flew fine into the field as intended but quickly became uncontrollable, eventually flipping sideways and sending a plume of snow up 5-10 feet as it slammed into the field. These things cannot be flipped sideways  – it’s one of the great things about the technology. Except when they do it themselves.

Wanted to post this to 1] give a heads up to people who may not have the cash to burn to repair and replace said technology 2] justification for why I won’t fly them near people or buildings. Remote locations only for this guy, thanks. Video below shows the footage from shortly after take off.