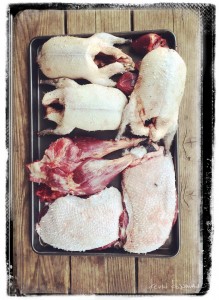 So it turns out Hank Shaw and I both eat quickly. We both regularly drink Calvados. We have about the same amount of grey in the beard, both hunt/fish/forage, and generally speaking we see the world much in the same way. Who knew. I told him it’s a good thing we’re not married.

I met Hank online about 10 years ago when he started to comment on this very website. This was prior to him starting his own site, winning James Beard awards, writing books on wild food, and otherwise overachieving. We had tossed around the idea of him coming up here to head into the bush [as he would remind me, the singular bush that we Canadians keep speaking of] in pursuit of wild things, but this year From The Wild was able to see it through. We booked him a flight up here, and now I can’t get Gwar’s ‘Carry On My Wayward Son’ out of my brain. We filmed two episodes of From The Wild – one on waterfowl and one on grouse, both pieces of subject matter I’d long had on the drawing board but was unable to pull together prior to this aligning of the stars. Aligning of the moon, rather – a lunar eclipse happened to be occurring while we were in the bush. The singular bush.

My head’s a bit rocked by the week we spent together chasing and finding delicious things. The whole moon aligning thing meant that we connected on ducks, connected on geese, connected on two species of grouse, and connected on the biggest whitetail buck of my life – a whole other story. It was a week of picture-perfect gold fall leaves, wood fires in the bush tent, and scads of fire cookery – I couldn’t have dialled it in better had I tried for the camera. Just stunning.

Hank’s doing some cooking and posting about his adventure up here, and I’m cutting two episodes of From The Wild about it, so there will be a lot of content coming about the past week. Needless to say, a memorable one. Below: Hank thinks that we Canadians must drink Molson Canadian. When I go down there I’m going to make him drink Coors. 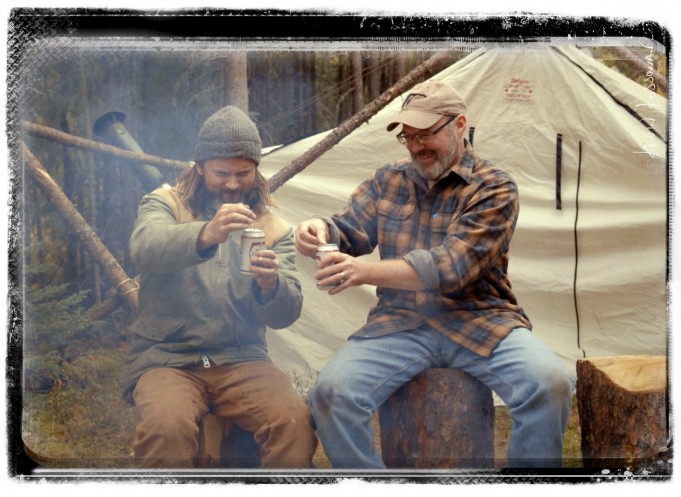