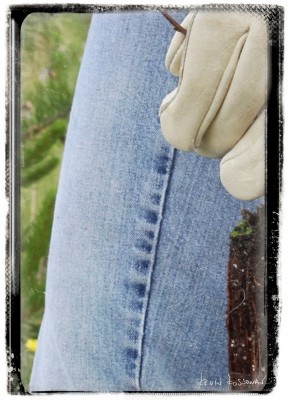 I’ve been on a lot of farms in the past few years, but none quite like this. On my way up to Manning for a variety of shoots related to another project Brad had a role in contracting me for, we made a stop to take a look at their operation. On that same drive I had passed many a chunk of bush being pushed down by cats hired by farmers upping the scale game. And here these guys were, planting trees. I adore the guts it takes to do something this outside the box. Although the basic premise is simple: farm carbon, Brad’s way too smart to leave it at that. Planting trees provides opportunities to sell carbon credits and ‘farm’ wild foods. And reminicent of a conversation I’d had with a Chateauneuf du Pape producer a few years back about how the wine industry had matured and been pushed by competition such that they were pulling vines on land that was marginal for that use and probably shouldn’t have been planted in the first place – here’s Brad doing the same in my back yard. Well, his back yard. And it’s heritage grains and trees, not grapes. Okay, weak example, but talk about diversification – selling carbon credits to industry, land rehabilitation, growing organic heritage grains, and niche wild food. Folks must think he’s crazy. Wonder how many years before some start to follow.