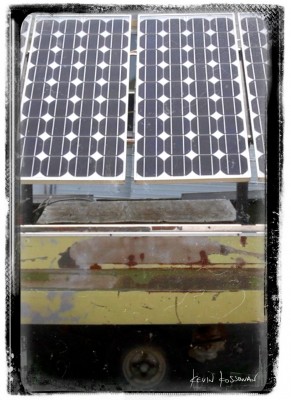 A couple decades ago, some forward thinking individual(s) decided to put on a holistic management course within the agriculture community, and whoever you are/were, I thank you. The output of that re-think of industrialized ag can be seen in the successes and influence of Ron Hamilton (Ep. 4), Peter Lundgard (Ep. 47), and featured in this one [and long overdue at that], Don Ruzicka of Sunrise Farm.

I find myself lacking the adequate supply of positive adjectives to adequately describe Don and his approach to sharing his experience in the world of food production – but I’ll try a few: he’s passionate, gentle, kind, generous, and vastly underrated in terms of his profile in the broader food community. The foods folks like this produce should be the brands that matter in the food industry – in this case not just because of animal handling practices, but because of philosophy and approach to land stewardship in general. We’re partly on the way down that road of producer becoming rock star in Alberta, but I think there’s some consumer flushing out to do of what’s good marketing, and where best practices are being reinvented – a motivator for me personally to keep visiting farms and asking questions with a camera rolling. Don’s the real deal.