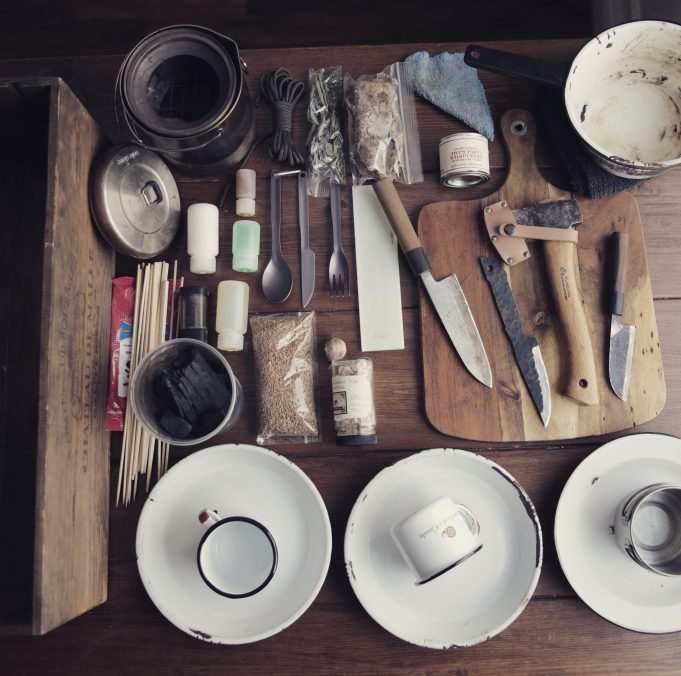 Earlier in the week I was cooking a few courses of wild game with Jeff Senger for Knifewear’s annual manager’s meeting in Calgary, and I hauled along my field cookery kit – I was in a hurry and know this kit will bail me out when it’s time to feed people. It needed some repacking and restocking so I figured I’d empty it out and share a photo of what I take into the field. A breakdown:

This kit has evolved, will continue to evolve, and items are added/removed depending on the trip. But as of this week, this is where it’s at. Any must-haves you carry? Any questions about any of the kit?