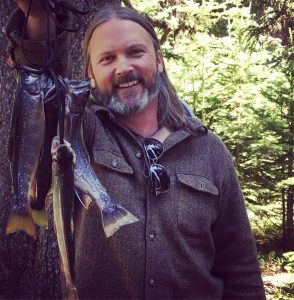 My first success with brook trout

The second half of our adventure with Hank found us back at Elbow Lake in Kananaskis. The smoke had eased up, and the bear closures didn’t impact the hike in. So much more to say about all that, but will leave it to the From The Wild episode. I happen to be a salmonid lover. When asked to choose a favourite protein, strictly from a hedonism standpoint, I’ve been known to choose salmon. It’s delicious.

Brook Trout, an introduced species in Alberta that tends to out-compete our native species [cutthroat, bull], happens to be in the char family. Bull trout, a zero keep fish in Alberta, is also in that family. The rest of the lot are trout, and everything but the west slope cutthroat is introduced – brown, brook, rainbow, lake. That’s my understanding. It’s also my understanding that if you’re going to eat one based on deliciousness, the char family wins. And since we can’t eat bull trout here, look out brookies.

It’s probably worth mentioning that despite growing up fishing, I had zero trout fishing experience prior to the very first episode of From The Wild. Zero. None. I knew perch, pike, and walleye as a kid, that’s it. This whole trout world is still new to me, and I find it fascinating. One of my favourite foods in the planet was hiding in plain sight.

It’s also worth noting that in Alberta there’s been what I’d call ‘aggressive’ moves by wildlife management to remove brookies from some water systems. Google it up and you’ll find stories about electrocuting streams to remove them, and government permission for a select few anglers to remove as many as they could – all highly managed. I know a lot of the biologist folks managing wildlife, and have yet to meet one that isn’t sharp, or that doesn’t give a shit.  The rest of us follow the regulations of course, but it certainly makes me not feel badly at all about taking a limit of them out of a lake that’s teeming with them. It’s a bit of a perfect storm really culinarily: arguably the best tasting salmonid in our province is abundant to a fault, and an introduced species. Game on. 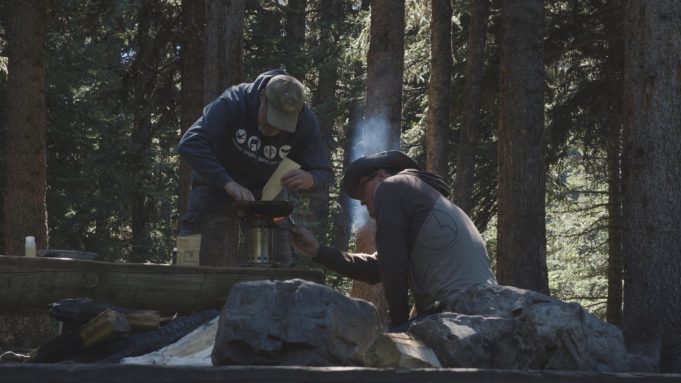 This day happened to be my day with a fly rod. I was able to land 5 fish, my best trout day ever, and best fly fishing day ever. Super grateful that the next step was eating them with some of the best wild food folks in the planet, all while pointing cameras. Oh, and we didn’t just fry them up – we really dug into their potential, Hank did 4 preparations, one of which he claims on camera is the best thing he’s cooked all year. Season 4 of From The Wild is shaping up to be a stunner.