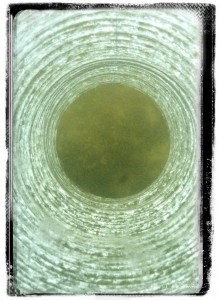 Lots of ice for January

Ice fishing in Saskatchewan is solidly ‘a thing’ in my life now – my dad loves having us out, and this time around it was with the family for New Year’s. Last year I got started with trout Dec 11, so this felt like a late start to the ice fishing season. I think I needed a respite after getting mildly broken winter camping with Senger in the -20s of late November (story for another day). Three days of fishing, two of them slow by Saskatchewan standards – roughly 8 perch per day with my family of 5 and 2 more adults on top of that. Not stellar, but it meant freshly caught fish for New Year’s Eve, and a few to bring home. Thankfully, in From The Wild fashion [of which this was not – S1E3 + S2E3 if you’re interested], day 3 turned around.

We were fishing in about 2 feet of water. Right away, when I asked my eldest daughter [the only immediate family member left with any interest in fishing by this point] if she saw any fish, I got an affirmative. I didn’t really care what size of perch she caught, I just wanted to her to catch ANYTHING. We’ve had a number of family fishing trips with the kids, all largely unproductive.

A few minutes later: ‘Daddy, a big one just ate my hook. What do I do? Should I bring him up?’ she screamed. Her first perch ever was a 1.3lb lunker caught in 2 feet of water at most. She’d been on quite a few ice fishing trips, but this was her first fish through the ice. 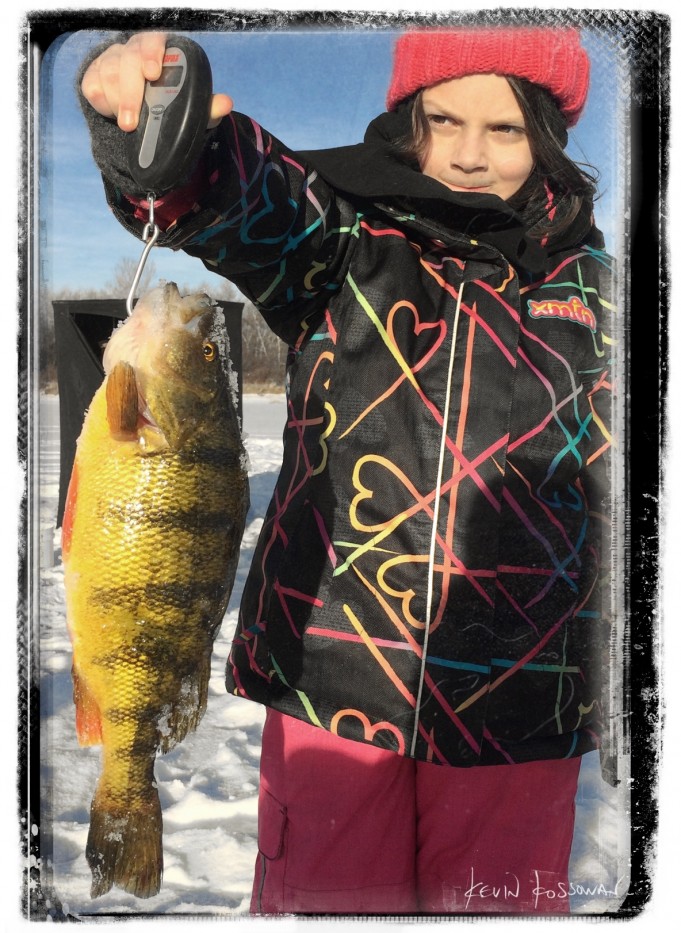 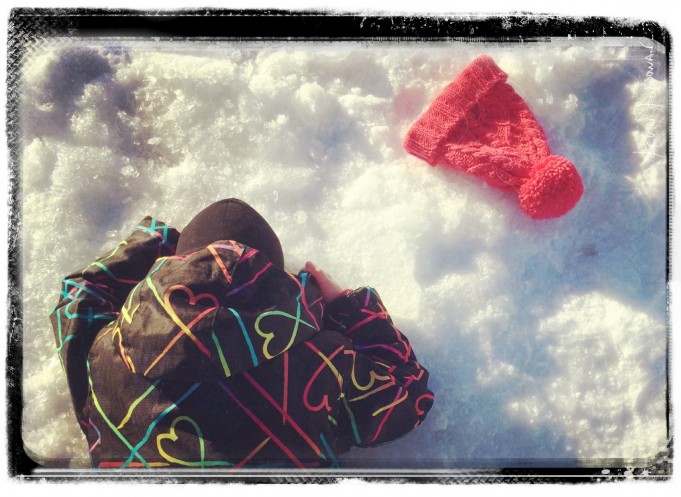 The water was 1-2 feet deep, so you could see all the fish nosing your hook. 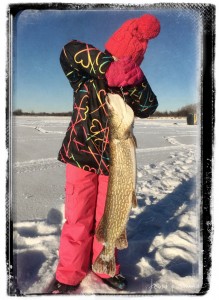 Pike caught on a tip-up

Then the tip ups went off. At first we lost a couple, like the days before. We were using different bait and hook rigs designed by guys that catch 25 pounders on this lake. Just weren’t committing. I’m convinced it’s because it’s January, not March when they’re heavily packed with roe and about to spawn – and hungry. Then they did commit. I pulled an 8lb, 6.5lb, and 4.75lb pike from the ice that day while my daughter continued to pull perch out. She won the first and most fish caught that day, but grandpa won for biggest perch at 1.75lbs. My biggest was 1lb – second biggest of my life, the biggest being last winter on Lesser Slave.

In prior years, I’ve been freezing fish whole, guts in. They either partially or wholly freeze on the ice when you’re out, so not only is it practical, but if you gut them the belly edges tend to freezerburn. The major disadvantage/deal breaker is they’re freezer burned within 6-8 weeks. Had enough of that. Another common practice is freezing in water, but I hunt and butcher way too much to have the space for all that water, even with two chest freezers. This year my objective was to commit the culinary sin of defrosting them, filleting them, and then wrapping and packing them like I would any other meat. Seems to have worked out far better so far – positive I’ll get better storage life, with minimal freezer space. Jury’s out on the twice frozen impact on texture. The obvious next step, clean them on the ice to avoid that first freeze up. Can do with the whitefish and perch if a patch of skin is left on to allow species ID, but can’t with the pike because there’s a length restriction on them that they have to be able to confirm until it’s at your primary residence. That’s my understanding of the Sask. regs at the moment, anyway. Whatever the case: the big win of the trip was that my daughter now ‘gets’ ice fishing. 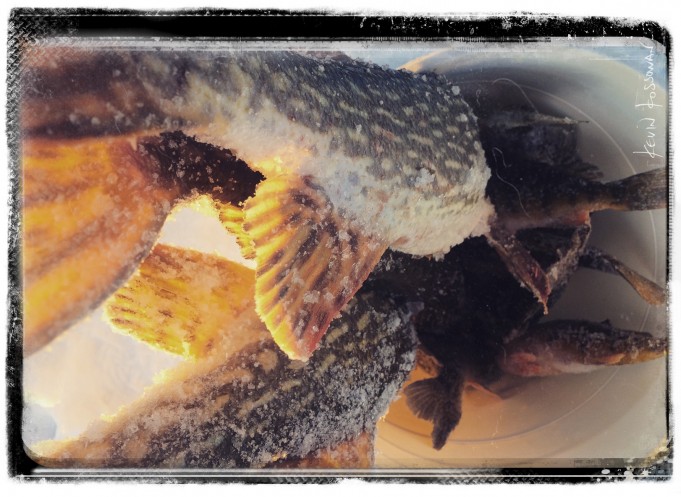