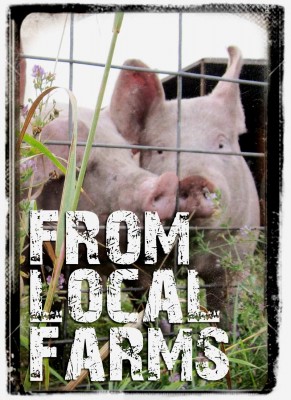 My highlight reel of ‘From Local Farms‘ videos was just chosen by Daniel and Mirra of The Perennial Plate as a top-four contender in their recent video competition. I’m honored to be on the list, to say the least. The very reason I started a video series at all was directly because of Daniel and Mirra’s earliest episodes – inspiring me to pick up a cheap Flip camera, introduce myself to some farmers, and press some record button. My life, quite literally, has not been the same since.

So a big thank you goes out today to Daniel, Mirra, all the passionate farmers, and especially to you for taking the time to watch what other folks have to say about our food world. You plugging into and supporting projects like The Perennial Plate matters – it creates cracks in a food culture needing to evolve.

Please click over here to like the video on facebook, and vote for it too while you’re at it. If the vid wins the day, it will replace the regular programming of The Perennial Plate next Monday, exposing it to a very large viewership of like minded folks across many borders. That would be very cool. Even if it doesn’t, big thanks to Daniel and Mirra for your support of what I’m up to and sharing your audience.

3 Comments on “From The Farmers’ Mouth – Time to Vote”