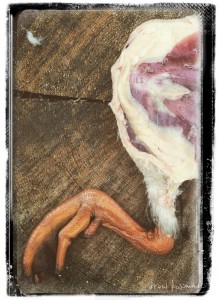 I’ve been waterfowl hunting the wrong season my whole life. Was always eager come early September to chase the birds that found the first cereal crops knocked down. Error. I did that this year, as always. I spent some special time butchering geese with my buddy Blair, tossing the odd super-lean carcass 20′ away or so to give the swarm of wasps something to chew on so that they didn’t chew on us. One of my kids literally entered the back yard, and asked why it smelled like slough. The carcass waste bags festered in the September heat.

The solution, LATE SEASON BIRDS. News flash, animals finished on grain for weeks are tasty. News flash, fat is tasty. No more slough smell. Oh, and no more wasps while breaking the birds down – the cold weather sorted them out. Waste bags could store well until garbage day. All is well in the world of late season waterfowl. It’d known this for some time, but this season I hunted frequently enough to observe the dramatic change, come to some conclusions, and make some personal commitments to myself.

Of all of those things, the most astounding piece, the big game changer is the fat. Having just hung out with and filmed Hank Shaw plucking ducks, geese, and grouse, plucking was on the agenda. Partly because of the skin, but even more so to keep the fat in place. It’s the perfect medium to moisten the very lean meat during cooking. And it’s delicious. 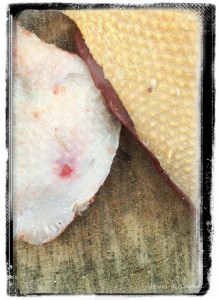 Something odd, it being my first really heavy season of waterfowl plucking, was the difference in colour between two birds of the same species. An addition to the ever growing evidence of animal variability. Photo on the left is two mallard breasts, one yellow as if it’d been feeding on corn, another white like pig lard. Both shot on the same hunt, in the same field. Animal variability of wild meat at its finest. Worth noting that I chose to dry pluck all season, including our Christmas Turkey, opting out of exploring another method, and without any regrets. I did a lot of birds, the vast majority with the hybrid approach of plucking the breast and legs then carving them out. It’s not hard to harvest a possession limit of geese (currently 24 per hunter) and ducks (also, 24 per hunter), and there’s no way I can freeze that many birds whole even if I wanted to.

Below: a good day for greenheads. I’ve eaten duck for a lot of years, but will admit that Hank Shaw prepared some duck and goose in bush camp this year that changed how I see both. Nothing fancy, but two critical waterfowl cookery elements on point:  1] proper doneness execution,  and 2] proper quality wild poultry fat. More on this in the coming episodes of From The Wild – you get to hear it right from Hank himself. 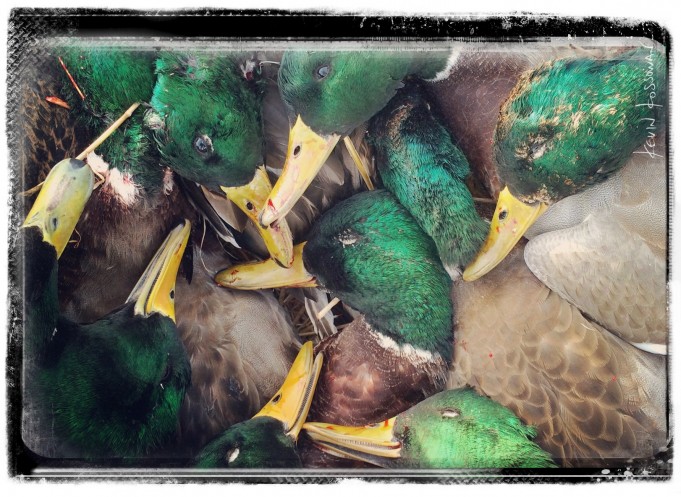