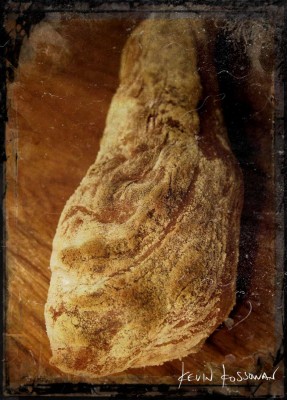 My bread gig has changed. A couple times now. First, back in the day, it started with baguettes from a dough recipe in the CIA’s Professional Chef tome. Then boules. Then boules with half organic whole wheat, half unbleached organic white – stayed on this one for a good 2-3 years, I figure. Those loaves ended up evolving to 6lb of dough per. I have a big oven.

When it comes to bread, apparently I’m a rut guy. I like hunkering myself down into one. And staying there. So here’s my new rut. Pain a l’ancienne. Pain is definitely one of those french words that wins the linguistics’-cool-measuring-contest. Said with an english accent, no, but said with a french one, far better than the word ‘loaf’, no? Loaf. Wouldn’t want to be the guy who invented that word. Anyway, I’ve eaten loads of this style of bread in both France and Italy, and it has been a joy having some successes with it at home. I was inspired to give it a go after seeing some folks tackle Peter Reinhart’s approach [this blog being most useful to me, not being patient enough for Reinhart’s book to become available at the library]. Strangely, the only real difference in my mind is wetter dough. I dial it up to 80% [from previous 70% recipe], get frustrated working with wet dough a bit, but then reap the rewards of awesome bubbly bread. Recipe: flour, 80% of the flour’s weight in water, then 1 tsp of salt and yeast per lb of flour. Voila. New rut. And this rut is so close to the last one they can hang out. Or perhaps were even made by the same vehicle.

I’m saddened a touch to post these photos, as I knocked out 9 loaves in 3 batches from one firing of the dry stack oven during my 2-year-old’s recent birthday party, and one of those batches turned out beautifully, during the day with nice light. But I had my hands full. These photos, sadly, are from a less successful batch in the dark that is our winter evenings. Oh well. C’est la vie. 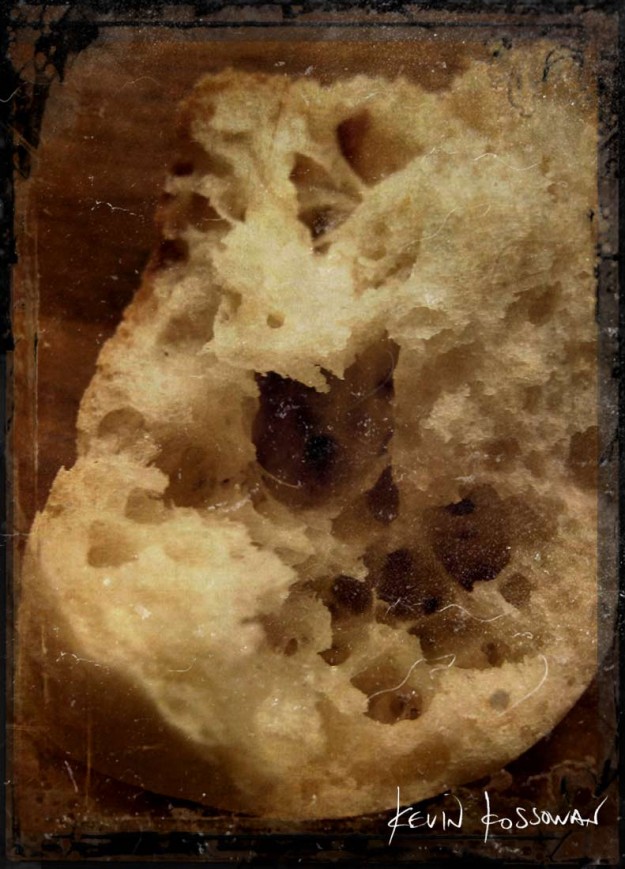