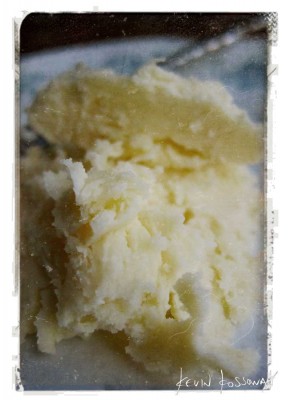 Butter. It’s an important ingredient in my house, and I’ve long wondered why no small local producer made it. But I’ve now found it, and now know why it’s not done.

Strangely, I discovered it in a board meeting – Sharon Johnson sitting in on a recent Alberta Farmers’ Market Association meeting, mentioned that she had dairy cows and sold butter and cream at the Salisbury Farmers’ Market [Thursdays, Sherwood Park]. My jaw probably dropped. I promised her I’d see her at her next market day.

The why? Turns out big-dairy isn’t fond of small producers. They’ve tried to shut down Johnson Family Farm‘s dairy production before. I’m going to avoid the details as I don’t want to misrepresent them in a situation like this, but the crux of it is the law allows them to produce X amount of dairy legally, much to big-dairy’s chagrin. The problem for other producers doing the same is it’s a choice to play with fire. Legal fire where you’re out monied – and where it’s not so much about being right as who’s got deeper pockets. Not a new story in agriculture.

I’m so grateful there are folks willing to stand up in this kind of situation and fulfill their right to produce good food. Both their butter and cream are lovely, and I, for one, will be a loyal customer. 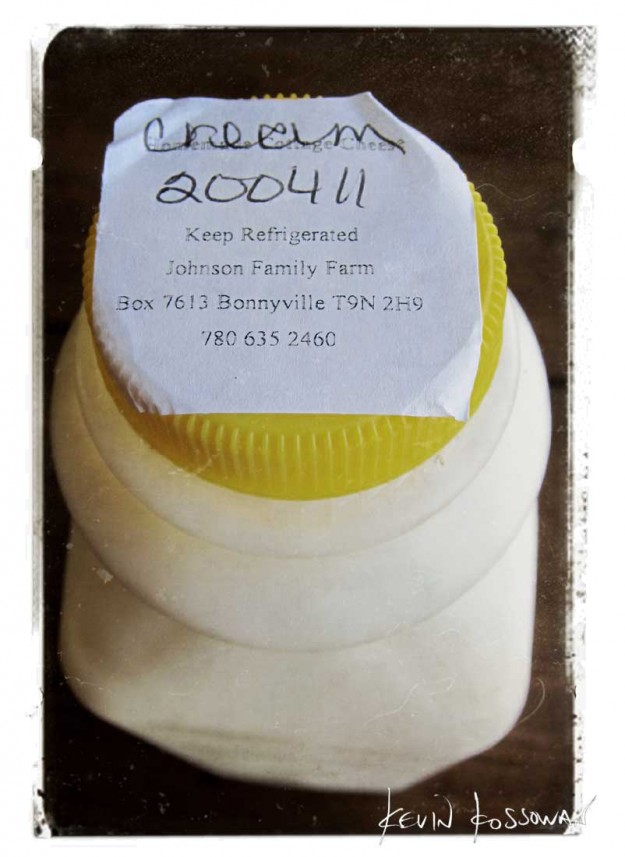 15 Comments on “The Elusive Butter and Cream”