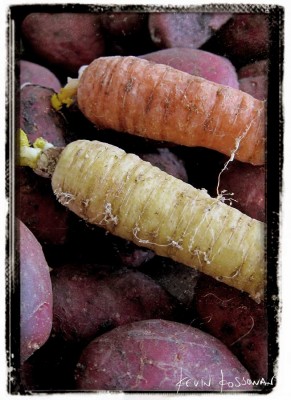 Things may have been able to hold out longer, but quality was definitely starting to suffer. In best shape were the carrots – still crisp and earthy. The beets had held on incredibly, but recently hit a wall and cratered in quality quickly. Perhaps the recent milder 6C did them in. One rotted. That’s it though. The potatoes were still in okay shape, the biggest problem being size – only the smallest were left, and small doesn’t store well.

That’s one lesson from my first year of root cellaring: size matters. The biggest of the veg fared the best in storage. Anything small was first to go soft. Another important lesson was that the cellar can handle a mild freeze. The first couple nights my cellar temp was near 0C, I was freaking out, putting hot stock pots of water in there to bring the temp up. I learned from experience that -2C was nothing to worry about. My dad says he’s had his dip to -7 without major damage. A last biggy would be my experience with washed carrots trumping unwashed. I’ll be washing my carrots this fall, no question.

Our celebratory last root veg supper included carrot sprouts/shoots – surprisingly pleasant atop a carrot slaw – to mark the season, along with a couple different cuts of pronghorn. The shot below is briefly marinated skewer or pronghorn heart grilled over a wood fire. I had no idea root cellaring would yield such successes in a first attempt. This growing season, the objective will simply be to grow and stow more. 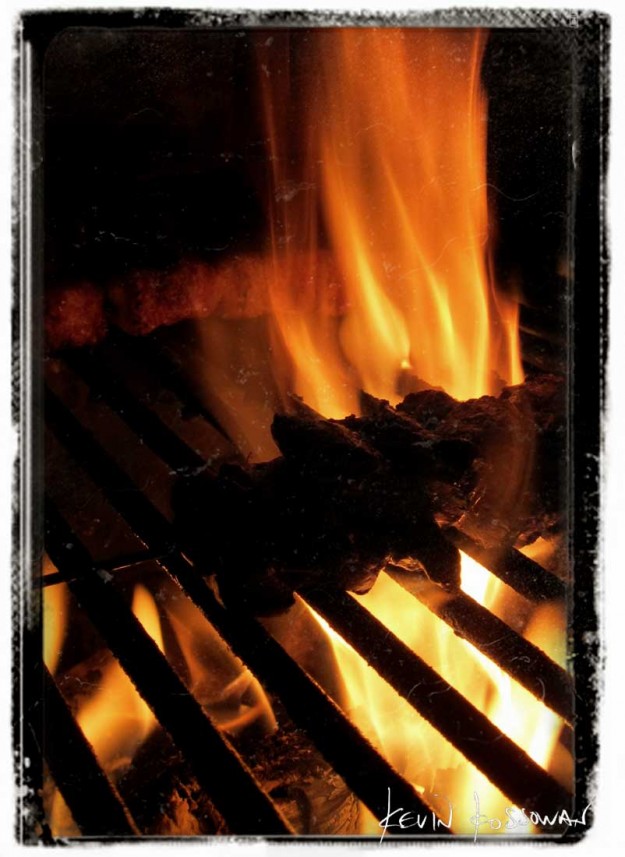