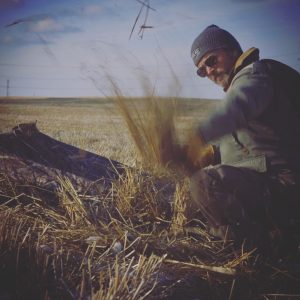 Releasing this one a few weeks late, but a few weeks ahead of waterfowl and archery season. Jeff, Blair, myself, and 3 of my family finally crushed a waterfowl hunt on camera. 84 birds in 2 hours, exactly half and half Canadas and mallards. The plan was to base an entire episode around this hunt, but as sometimes happens we ended up with more material than expected later in the season, and so the cameras follow us and our haul of birds down to the grasslands to see through the original plan of revisiting the grasslands for mule deer for the first time since S1. The birds kinda got in the way, and we’re glad they did.

Mule deer and archery figured prominently in S1, and not at all in S2. It was a regret. In part because archery offers some really interesting variety in tackle, in part because the grasslands are such a fascinating ecoregion, and in large part because my family has been hunting from that same spot since 1972 or thereabouts, so there’s some serious tradition and family heritage that were being ignored. That place and its wild things are now baked into the production plan for S3/4/5+. S3E9 & 10 will make up for some of that lost time, and really dig into mule deer cookery in a big way. Trailer below.